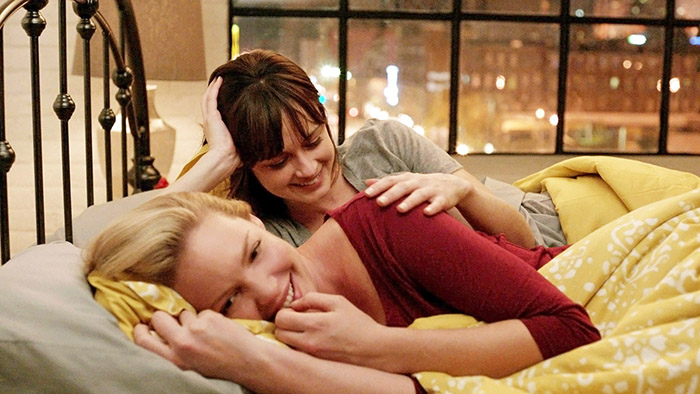 Six feature films are set to make their world premieres at this year’s Outfest Los Angeles LGBT Film Festival, which takes place this month July 9 to 19 at various venues throughout Los Angeles.

The festival will also include sneak peeks at fall TV shows, an evening with musician and actor Nick Jonas and a 20th anniversary screening of “Velvet Goldmine.”

This year Outfest includes 166 feature films, 28 of which are from first-time filmmakers. Others are from Outfest alumni, such as Jeffrey Schwarz (“Tab Hunter Confidential”), Jamie Babbit (“Addicted To Fresno”), Sebastian Silva (“Nasty Baby”), Malcolm Ingram (“Out to Win”), Jenni Olson (“The Royal Road”) and Parvez Sharma (“A Sinner in Mecca”).

The festival will open with “Tig”—a documentary about comedian Tig Notaro, who famously turned her cancer diagnosis into a stand-up set—and close with “The New Girlfriend,” Francois Ozon’s gender-bending melodrama.

Featuring a special collection of LGBT shorts, documentaries and feature length films from Outfest past and present, Outfest Online will be available for streaming on computers, phones and tablets to coincide with the start of the 2015 festival. Users can download the app or visit www.outfestonline.com.

The complete lineup of films, parties and events is available on the Outfest website at outfest.org.