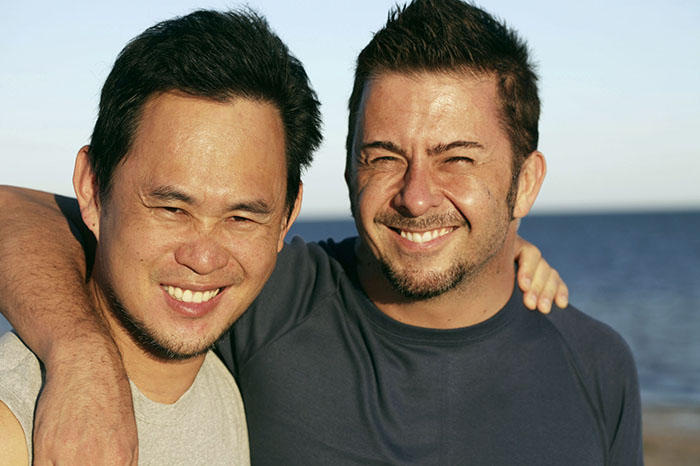 How can gay men ever build meaningful connections with our hearts and minds when our culture is so completely obsessed with sex?

When you’re a gay male who happens to be at least somewhat aesthetically pleasing, sex is pretty easy to come by. It becomes easier to read the signs that another man is interested in you, be it the too-long glance or the ever so discreet readjusting of the crotch.

However, after years of taking the bait and wanting more, we start to realize that it’s the other things that come a bit harder. You know, like love, intimacy, and having someone who’s gonna stick around long after the cumrag is thrown into the bag with the rest of the dirty laundry.

My beach read over the past summer was the great Larry Kramer’s classic book “Faggots,” which puts forth a simple hypothesis: how can gay men ever build meaningful connections with our hearts and minds when our culture is so completely obsessed with sex?

It’s a question that I asked myself for years and one that I’ve become very preoccupied with figuring out the answer to.

When you ask the typical gay male about monogamy, you’ll probably get a polite and knowing smile or maybe even a snort. The prevalent idea among gay men seems to be that we’re by nature promiscuous creatures, and most of us strain to cloak the sexual obsession within the LGBT community with a term like “sex positivity” to keep our sexual freedoms normative and accepted among us. But, are we really free? It depends on who you ask.

A friend of mine desperately wants his boyfriend of two years to commit to an exclusive relationship, but said boyfriend is perfectly content with hooking up with buddies and people that he meets on various apps in his free time.

Strangely, there seems to be this idea out there that we— as LGBT people—are some sort of highly evolved beings with preternatural senses of how to renegotiate and reform typical couple behavior to fit the rules that we’ve set for ourselves.

While we’ve just celebrated 45 years since the Stonewall revolution—which pretty much means we’re celebrating 45 years of being able to be ourselves in public without being criminalized—there’s still much more to achieve.

We still don’t have marriage equality. As the horrific gay bashings recently in California and Philadelphia have shown, we still live in very real danger of being attacked for who we are. The idea that we’re somehow more evolved than heteros who’ve had their love and existence affirmed for centuries is laughable—when we’re still trying to achieve basic human rights.

The 50% divorce rate will tell you that the heteros aren’t perfect, but I wonder sometimes what our relationships would look like if it was more socially acceptable to put the emotional aspects of getting to know someone before the physical part.

I wonder what our relationships would look like if we taught our LGBT youth that their bodies are something to be valued and saved for the one that they loved instead of commodities to be traded upon to gain social acceptance and currency through sex.

I wonder whether if I had come of age with these messages being instilled upon me, it would be just a little bit easier for me to correlate sex with emotion and to undo the years I spent doing the exact opposite.

I wonder what our relationships with ourselves and each other would look like if we took the time to try to be monogamous instead of settling for monagamish.

I’m not sure, but seeing as how it’s about the only thing in gay life that I haven’t done, perhaps it’s time for me to figure it out.