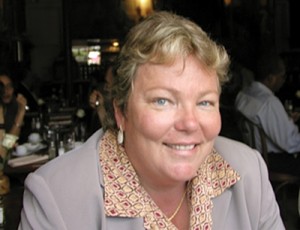 “In particular, we celebrate the election of our fellow Californian, Kamala Harris, to the office of vice president. Senator Harris will become the first Black woman—indeed, the first woman—and the first Indian-American elected to one of the two highest offices in the land. The historic significance and symbolic magnitude of her election and what it represents to all people who have lived in the shadow of discrimination and inequity cannot be overstated.

“For four years, the LGBTQ community has faced hundreds of attacks against our collective and individual rights from the Trump Administration—assaults that included attempts to take away our health care, remove legal protections, and threaten the safety and well-being of our youth. Indeed, we have experienced nothing less than a concerted effort to delegitimize our existence and strip us of our humanity.

“Today we take a moment to celebrate, to take a deep breath and imagine a new, more hopeful chapter in our ongoing struggle for full equality and humanity. The election of Joe Biden and Kamala Harris does not mean those struggles have ended, nor does their election end the deep divisions we have experienced as a nation over the last four years. But it does mean that our leaders in the White House share a vision of a nation that includes our community as full and equal participants. From that starting point, we can continue to build a better, more inclusive, and just world for all.

“Despite the ongoing attacks of the last four years, the Center and our community never stopped fighting. We continued to oppose the assaults by the Trump Administration at every turn. We fought to affirm the principle that we deserve no less than full equality and equal justice and that no President, no Cabinet member, no Senator, can take that from us.

“We are right to celebrate today, but we also know that many LGBTQ people still suffer the pain of racism and anti-Blackness and live under the shadow of deportation, harassment, and discrimination. Transgender women of color still live in fear of brutal violence and daily assaults on their very identity. Queer youth are still disowned by their families and bullied at school. There is still so much to be done. The Center looks forward to working with the new Biden-Harris Administration and leaders at the local, state, and federal levels to create a world in which LGBTQ people thrive as healthy, equal, and complete members of society.

“Today we celebrate the possibilities and embrace the dream of full equality. Tomorrow, we go back to work.”