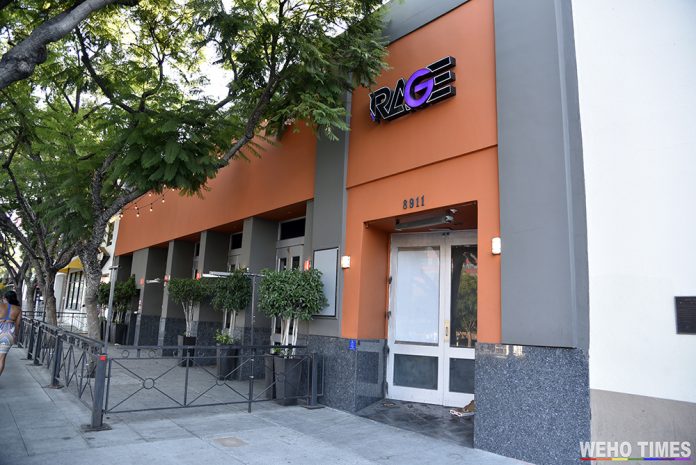 (The Rage Nightclub 2020 – Photo by Paulo Murillo for WEHO TIMES)

According to sources, the restaurant/bar and multi-level nightclub did not renew their lease which was up in November. Former employees also blame the COVID-19 pandemic and high rent as factors in its closure.

With the recent closing of Gym Sportsbar on July 8th and Flaming Saddles Saloon on August 16th, there has been much speculation that Rage Nightclub was next on the Santa Monica Boulevard chopping block, while bars and dance clubs remain shuttered during the pandemic. The once popular gay bar was already closed on certain nights of the week prior to the pandemic due to low attendance. It also remained closed when bars were green lit to re-open on June 19, before California Governor Gavin Newsom ordered bars to close again on June 28th, due to non-compliance of social (physical distancing) and patrons not wearing a mask or proper face coverings.