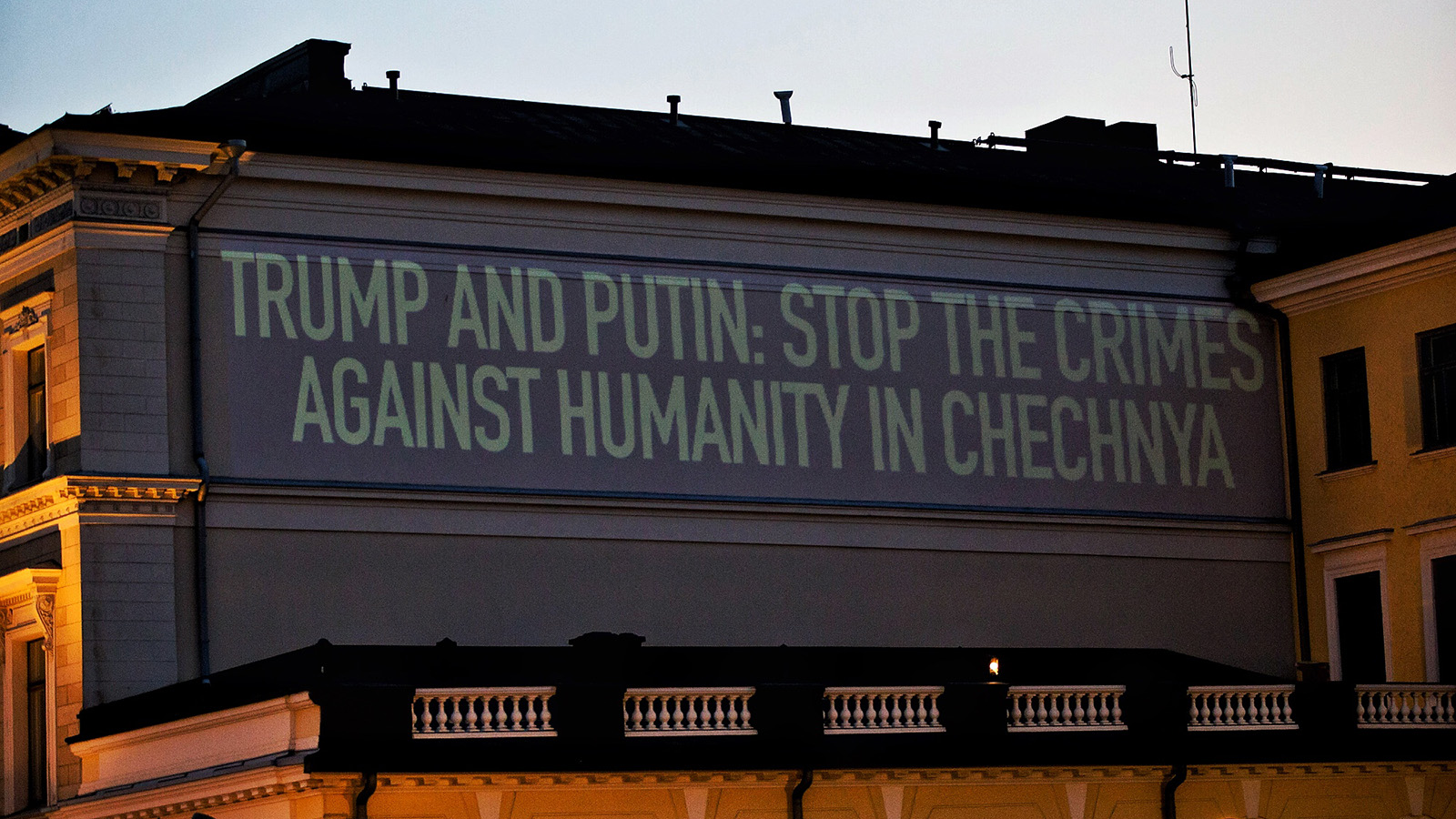 Screen projected signs seen next to the president’s castle in Helsinki on Sunday, July 15, 2018, in Helsinki, Finland. (Photo by Tomi Hanninen/AP Images for Human Rights Campaign

The Human Rights Campaign (HRC) projected an enormous message onto the Presidential Palace in Helsinki, during the Trump-Putin summit today, demanding that Donald Trump and Vladimir Putin immediately end the ongoing anti-LGBTQ crimes against humanity occurring in the Russian republic of Chechnya.

For more than 15 months, Donald Trump and his administration have refused to publicly condemn the systematic torture, abuse, and murder of LGBTQ people occurring in Chechnya as Vladimir Putin has licensed the violence to continue. More than a 100 LGBTQ people have been rounded up, tortured, and abused — and as many as 20 have been murdered.

HRC’s message was projected onto the side of the Presidential Palace where the delegations and press corps gathered for the summit. Video of the scrolling message can be viewed here, and it reads:

Trump and Putin: Stop the Crimes Against Humanity in Chechnya
Investigate LGBTQ Persecution in Chechnya.
Bring the Perpetrators to Justice
The Whole World is Watching
Silence is Deadly
#EyesOnChechnya