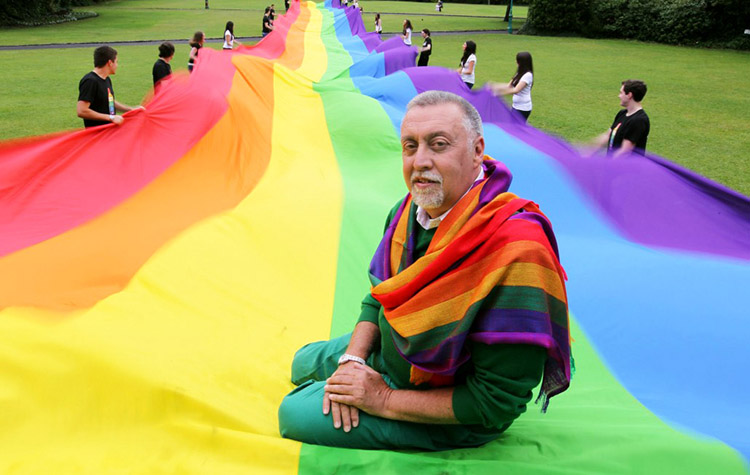 In the current political climate, with the jackals sniffing at our collective door, the flag controversy feels like a potentially deadly distraction. 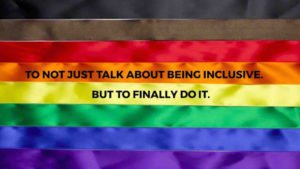 This new flag—intended to fly alongside, and not replace the traditional Rainbow Flag—was created to celebrate the many contributions made by black and brown bodied queers on behalf of the LGBT communities. The too often forgotten art, activism, fearless sacrifices and passionate leadership that have helped to shape the modern LGBT rights movement.

But what should have been a loving gesture of inclusion to a quarter of our community that has often been excluded and dismissed instead became the inciting incident of a rhetorical civil war which raged across social media for days.

Those who objected to the Philly Flag claimed a spectrum of reasons for doing so. There were calls to tradition, to aesthetics, and to the memory of the Rainbow Flag’s creator Gilbert Baker who died early this year. Some felt excluded by the change, and others didn’t like the idea of race being injected into a symbol that (in theory) already represented the entirety of the LGBT communities. They neglected to look beyond how changes to the flag made them feel personally, or muster up the compassion to see the intent behind the gesture.

For their part, those in favor of the revamped flag seemed to dismiss all of their opponents’ arguments as racist. And some significant part of the push-back is certainly rooted in racism—being queer is no guarantee against being an asshole or having a small mind—but to dismiss everyone who wasn’t in favor of the redesign (including some number black and brown bodied persons) as racist is a failure to imagine those people complexly. Symbols have power, and people grow attached to their symbols—they give us comfort and orient us within the world.

When we propose changing the symbols people love, even with the most noble of intentions, we shouldn’t be taken by surprise when some people have strong emotional reactions.

Folks on both sides had very strong emotional reactions. Things were said—by people I love, to people I love—that can’t be taken back. And this “debate” was made all the more frustrating and depressing for taking place the same week as the anniversary of the Pulse Massacre in Orlando.

Infighting like this was a luxury we enjoyed while Obama was president. But now, in the current political climate, with the jackals sniffing at our collective door, it just feels like a potentially deadly distraction.

That’s not to say that there isn’t room for disagreement. Diversity—of color, shape, thought, desire—is what makes the LGBT communities beautiful. A cornucopia of backgrounds and experiences make us strong. But when we do fail to see eye-to-eye with our fellow queers, we should—all of us—imagine those who disagree with us complexly, give them the benefit of the doubt, and hold compassion for them in our hearts.