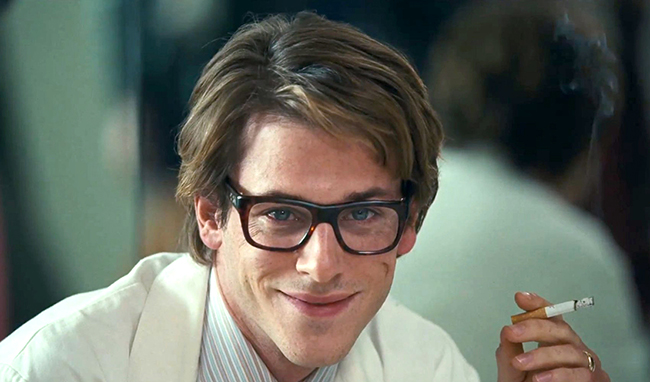 “Saint Laurent,” a bio-drama film on the famed designer, opens this month at select theaters in Los Angeles.

The film centers on Saint Laurent’s life from 1967 to 1976, during which time the famed fashion designer was at the peak of his career.

The film was selected as the French entry for the Best Foreign Language Film at the 87th Academy Awards, but was not nominated.

Algerian-born Yves Saint Laurent is regarded as one of the greatest names in fashion history. In 1985, fashion historian Caroline Rennolds Milbank wrote, “The most consistently celebrated and influential designer of the past twenty-five years, Yves Saint Laurent can be credited with both spurring the couture’s rise from its sixties ashes and with finally rendering ready-to-wear reputable.”

He is also credited with having introduced the tuxedo suit for women and was known for his use of non-European cultural references, and non-white models.

In 1983, Saint Laurent became the first living fashion designer to be honored by the Metropolitan Museum of Art with a solo exhibition.

Saint Laurent died in June 2008 of brain cancer at his residence in Paris. A few days prior, he and his life partner Pierre Bergé had been joined in a same-sex civil union known as a Pacte civil de solidarité (PACS) in France.