Tribe Rites Of Passage | The Masters (Of Ceremonies) | The Fight Magazine

Don Mike and Jeremy Ronceros are your hosts for the Mr. Los Angeles Leather Contest at Club 333Live on Saturday, March 28. 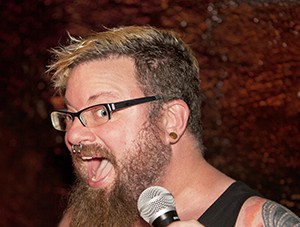 Don Mike is a cultural movement. From his past memberships in Avatar, the L.A. boys of Leather, and L.A. Pups, to more recently being a founding member of the Los Angeles Band of Brothers, Don is dedicated to the mentorship of new leathermen and a conviction to get people to stop taking themselves so seriously. He was also canonized by the Sisters of Perpetual Indulgence as Saint Bernard of the Consecrated Canines. He can often be found emceeing leather contests (with or without his pants), hosting the “Bear” Chest contest at the Eagle LA and creating (and performing in) online entertainment for the gay man with the all new “Our Gay Group.” 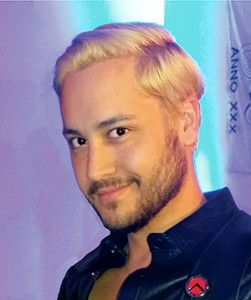 Jeremy Ronceros was born and raised in Los Angeles.  He was Mr. Oil Can Harry’s 2013 and won the Brotherhood Award at the LAL Contest that year.  He is the current President of the Los Angeles Band of Brothers and founded the group Fetish Men Los Angeles.  In January he celebrated 11 years with his husband, Nicholas Oliver, Mr. CSW Leather 2014.  Together with their Pup, Decadence, they live and work in North Hollywood.  He is honored to be an MC for the Mr. Los Angeles Leather Contest.