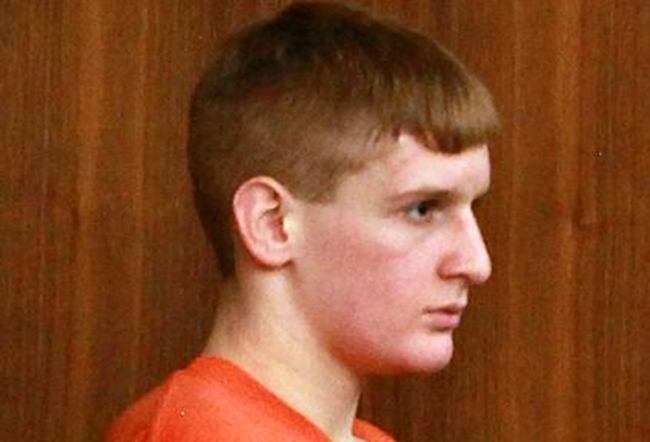 A gay teenager charged with shooting a classmate in the chest at his central California high school two years ago accepted a plea agreement with prosecutors last month for a 27-year sentence in state prison.

Bryan Oliver, 18, pleaded no contest to two counts of attempted murder in wounding the student, the Bakersfield Californian reported.

Under the agreement, Oliver will be eligible for release on parole after 13 years.

In January 2013, Oliver, then 16, entered Taft Union High School in Kern County armed with a shotgun, shot a classmate and fired at a second before dropping the weapon, authorities said.

Attorneys declined to comment last month, citing a gag order that will remain in place until Oliver’s formal sentencing set for Feb. 26.

At Oliver’s December trial, Deputy Public Defender Paul Cadman told jurors that the teen was bullied and snapped because classmates made fun of his red hair and weight. Students also hurled homophobic slurs at Oliver, who was coming to terms with being gay, the attorney said.

A judge declared a mistrial after jurors deadlocked.

Victim Bowe Cleveland testified that after being shot, Oliver stood over him. Bowe said he lay on the classroom floor struggling to breathe and told Oliver he didn’t need to shoot again.

Cleveland testified that Oliver smiled and responded, “I know.”

The shooting has sparked lawsuits and claims. Oliver’s parents are seeking $5.5 million from Taft Union High School District, saying it failed to protect their son from bullying and sexual harassment.

The district has sued the city of Taft, claiming the shooting would not have happened if a school resource officer had been on duty. Cleveland’s family is suing the district for failing to protect Cleveland.