Models Of Pride | The Fight Magazine 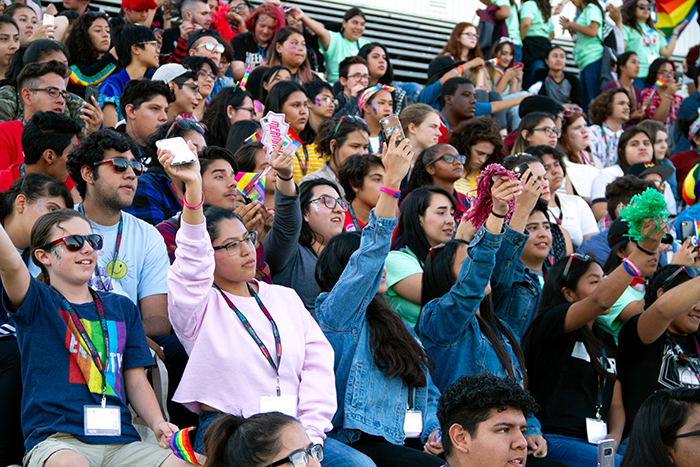 The world’s largest free conference of its kind, the Los Angeles LGBT Center’s “Models of Pride” offered a full day of life-enriching programming.

As the world’s largest free conference of its kind, Models of Pride offered a full day of life-enriching programming designed to help young people build confidence and self-esteem and develop valuable life skills. Organized through the Center’s LifeWorks youth development and mentoring program, the day included more than 100 workshops and presentations, lunch and dinner, an outdoor dance party, and live entertainment for all youth ages 24 and under.

“In the midst of the daunting and scary political times we are living, now more than ever is the time for us to unite and rise in our celebration of our diversity. We are strong, powerful, and resilient,” said Center Associate Director of Education and Youth Development Kevin McCloskey.

“Our young communities have overcome tremendous challenges and—no matter what the obstacles—our time to stand up, be heard, and speak up is NOW.”

In addition to the youth portion of the conference, more than 400 parents, educators, social service providers, and other youth-serving professionals attended workshops tailored to their concerns and interests involving LGBTQ youth.

After the three workshop sessions and complimentary lunch and dinner, the evening programming included a screening of the documentary Raising Zoey which chronicles the trials and tribulations of a transgender teen whose family, with help from the ACLU, fought school officials for her right to self-identify in school. A Q&A with Zoey, her mother, and director Dante Alencastre followed the screening.