We’re Here, We’re BI, Get Used To It | The Fight Magazine 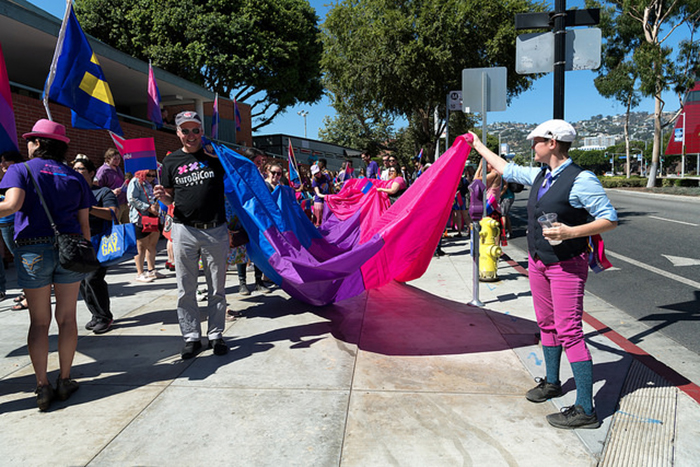 Whether it’s pausing before making an assumption, accepting bi people’s identities as they describe them, or holding a broader view of what it means to be queer, embracing bisexuals and their place in the LGBTQ world will only make our community stronger.

BY SYD PETERSON
PHOTOS BY JON VISCOTT, COURTESY OF THE CITY OF WEST HOLLYWOOD

Embracing fluidity and complexity. Feeling misunderstood by their fellow queers. The importance of taking people at their word about their own identities. These sentiments and more came to the surface when I spoke with six people to learn more about what it’s like to be bisexual here in Southern California.

“You know way more bi people than you think. They’re just not coming out to you,” said Talia Squires, editor in chief at bi.org and a volunteer organizer at AmBi, a network of bi communities. It’s true: the number of bisexuals in America easily outnumbers lesbians and gay men. A 2011 report by the Williams Institute at UCLA found that, of the 10 million American adults who identify as LGBT, more than 5.1 million identify as bisexual, which exceeds the combination of lesbians and gay men, who together total only 4.8 million. And yet, despite their greater numbers, bisexual people are far less likely to be out about their sexual orientation than lesbians and gay men. According to a 2015 Pew Research Center study, only 28% of bisexuals say all or most of the important people in their life know they are bisexual, whereas 77% of gay men and 71% of lesbians say the important people in their life know about their sexual orientation.

There are various reasons why bi people might be less likely to come out. One is that it can be harder to “spot” a bisexual when they’re in a long-term relationship. “When a person’s in a relationship, it can be easy to incorrectly assume their sexual orientation,” said Alexis P., a legal assistant in Los Angeles. “For example, you might think that a woman who’s dating another woman is a lesbian. You might think a woman who’s dating a man is straight. In actuality, both women might be bisexual. Dating one person doesn’t mean they’re not bi anymore.”

Another reason some bi people hesitate to come out is prejudice from lesbians and gay men. Nancy Marcus, a lawyer from Los Angeles and co-founder of BiLaw, a national group of bisexual-identified and bi-allied attorneys, academics, and law students, told me that this bias sometimes seems to be about an exclusive idea of queerness. “Some gay men and lesbians have told me that, as a bi woman, I can’t truly understand what it means to be queer,” she said. “It boils my blood. A bi person shouldn’t have to prove that they are validly queer any more than lesbian and gay members of the LGBT community do. The fact I currently have a boyfriend (who is also bi) does not make me less queer.”

Anti-bi prejudice can also be more personal. “I’ve been rejected by lesbians when they find out I’m bi,” continued Marcus. “For some, there seems to be an ‘ick factor.’ Like they don’t want to sleep with someone who also sleeps with men. Others seem to worry that men have something they don’t, or that my bisexuality will mean I’ll cheat on them.” Marcus says that, during periods of life when she’s dated mostly women, she often felt great pressure to identify as a lesbian. She proudly identifies as bi, though, “…to honor the men that I’ve loved.”

Dave Coleman, a software engineer from Ontario, had a similar experience with anti-bi prejudice. “Sometimes it seems like straight women think all bi men are whores and gay men think we all have internalized homophobia,” he said. “I tried an experiment on OKCupid. I found that when I identify in my profile as straight, women message me and respond to my messages. And when I identify as gay, men message me and respond to my messages. But when I identify as bisexual, nobody messages me nor responds to my messages. So I stopped using dating sites. I have the capability to love everyone across all genders. Why is that so scary? Whatever happened to ‘Love is love?’”

Squires says that some people view bisexuality as a phase rather than as an integral part of a person’s identity. “Many gay men and lesbians think of coming out as a process with a definitive ending,” she said. “They might look at a bisexual person and think, ‘oh, she hasn’t made it as far as me,’ or ‘he must be emotionally stunted, or indecisive.’”

David Meadow, a legal assistant in Los Angeles and a progressive activist with a focus on bi+ issues, says this dovetails with his experience. “I encounter a lot of judgment from gay men when I come out to them as bi,” he said. “They say things like, ‘You’ll change, honey…’ My god, I hate that special kind of smugness that people exude when they don’t know what they don’t know. We should take people at their word about their own identity.”

“The whole bi reality is a huge threat to people,” continued Meadow. “I think it’s related to the inherent fluidity of bisexuality. Just as LGBTQ+ people in general are less likely to take the rules of love and sex for granted than the straight majority, bi+ people are less likely to take the trajectories of our love and sex lives for granted than gay people. There are simply more possible things that could happen. But not everyone welcomes multiple possibilities. Some people feel threatened by them. Even some bi+ people.”

For some queers, labels like “gay” and “lesbian” can be empowering. It helps us feel like a part of something larger. However, many of the bi people with whom I spoke said they also found labels to be problematic. “My bi experience has taught me a lot about labels,” said Jozi McKiernan, a project manager at City of Hope. “I learned that people are always more complicated than the labels they give themselves. At the same time, the best way to honor the complexity behind those labels is simply to use the labels for others that they ask you to use. And don’t assume that once you know a label you know someone’s full story.”

This connection to and comfort with fluidity and complexity may be one reason for the overlap and kinship between people who identify as bisexual, those who identify as transgender, and those who are both. “My sexual orientation definitely changed over time,” said Alexis P, who first came out as gay, then as non-binary, and then as a transgender woman. “Coming out as bi was my most recent coming out. It took a while for me to sort out on the mixed-up feelings I had. I only recognized my attraction to women after understanding my gender. Being able to love myself through all those changes helped me understand that part of myself,” she said.

Coleman says that his experience being bi helped him be a better father to his transgender son. “Trans and bi people are both misunderstood by gay people and by straight people,” he said. “We’re ostracized, seen as different. It gives me empathy. My LGBTQ+ experience has made me aware of the issues that trans people face. I know the suicide rates of trans teens. I’d never want my son to feel that low and misunderstood. When I use his preferred pronouns I’m saying, ‘I love you. I respect you. You are important to me.’”

Bisexuals looking to connect with bi communities in Los Angeles have some terrific options. “There’s a lot of great communities online for bi people, including bi.org and our corresponding Facebook group that has 1.2 million likes,” said Squires. “AmBi wanted to create an offline community, too. The offices of the American Institute of Bisexuality are in a loft in downtown LA, and they let us use it for parties and other gatherings. Having this space means we have a physical place to be social together. And it’s a place where people don’t assume things about you, like what gender you’re attracted to.”

Likewise, McKiernan suggested people visit Cuties, an LGBTQ coffee shop in east Hollywood. “I feel comfortable being openly bi at Cuties,” she said. “Unlike other places, I don’t feel like I have to perform only one side of my attraction there. The shop even hosts a ‘Queer Enough Brunch’ event, designed for people who hesitate to enter queer space because they don’t feel queer enough to be included,” (As of press time, the future of Cuties was uncertain. A fundraiser to support their work was scheduled for October 27.)

Coleman reports having a positive experience performing with Planet Queer, an LGBT experimental performance event. He encourages everyone to attend their performances on the 3rd Monday of the month at Akbar in Silver Lake.

Gay men and lesbians often encounter prejudice and discrimination because the way we love differs from mainstream culture. Since we know how bad that feels, we have a duty to treat bi people with respect. Whether it’s pausing before making an assumption, accepting bi people’s identities as they describe them, or holding a broader view of what it means to be queer, embracing bisexuals and their place in the LGBTQ world will only make our community stronger. 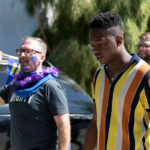 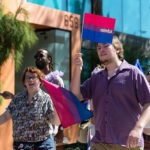 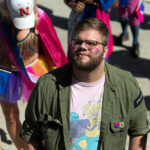 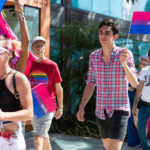 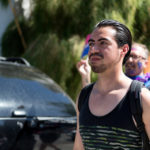 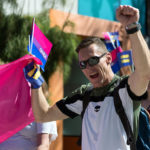 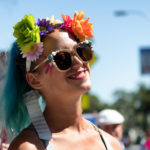 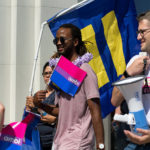 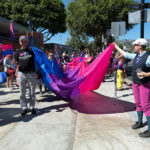