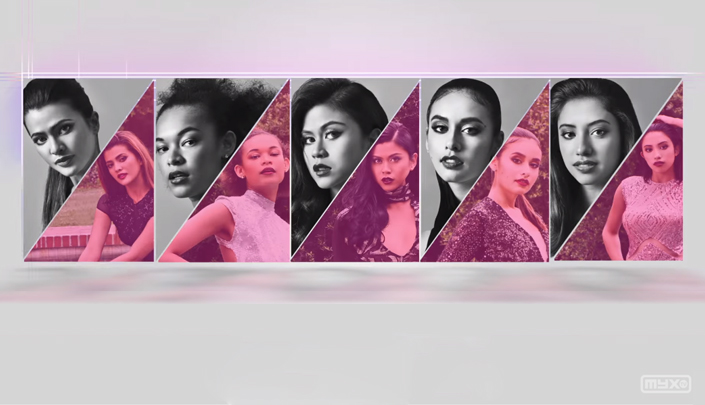 What happens when you bring 5 beauty pageant hopefuls to live in a mansion for 6 weeks with 2 over-the-top coaches and a team of fashion and media specialists? The People’s Queen, the glamorous new reality show that is taking the pageant world by storm, becomes available globally starting October.
The People’s Queenis being called a cross between Queer Eye for the Straight Guy and America’s Next Top Model. The show follows Cecilio Asuncion and Voltaire Tayag as they challenge five of the top Filipino pageant hopefuls in their quests for international titles. Cecilio and Voltaire are not simply shaping the perfect beauty queen, they’re creatingThe People’s Queen.
“The pageant community is looking to redefine its role in an era of female empowerment and gender equality,” Asuncion explains. His history with the pageant system extends to before he was even born. His grandmother was Miss Manila. Today, Asuncion is the Director of Slay Model Management, the world’s first all-Transgender model agency and National Director of Miss Supranational USA. He judged the Miss Universe 2017 pageant in Las Vegas and hosted this year’s Miss Teen USA pageant in Shreveport, Louisiana.
“In today’s pageants, the real competition is an internal one,” he continues. “It used to be that women reshaped themselves to fit the crown, striving to match the idealized version of a Barbie doll beauty queen. Today’s judges want to see the real, unfiltered woman beneath the lashes and beautiful gowns.”
“In order to triumph, pageant contestants are required to dig deep within their souls, confront unresolved personal issues and overcome self-doubt,” says Tayag, another pageant veteran. He was a fashion designer before turning his passion and expertise into becoming a pageant journalist and trainer. A stickler for traditional training techniques, Tayag often butts heads with Asuncion and his less conventional training methods.
The five pageant hopefuls inThe People’s Queen are Nikita, a biracial beauty confronting her bullied past; 25 year-old Katrina, who spent years focusing on the needs of her immigrant family and may have missed her chance for an international crown; 15 year-old Jenny, a pageant newbie who may be too rough around the edges; overly shy Michelle who must break out of her shell if she hopes to compete at the Miss Philippines pageant; and Katarina, a runner-up on Asia’s Next Top Model and former Miss Intercontinental Philippines who is now vying for the Miss World Philippines crown.
“American audiences are craving multiculturalism in their televised programming and are especially interested in seeing more Asian representation,” says ABS-CBN Global COO Olivia De Jesus. She points to the successes of ABC-TV’sFresh Off the Boatand the Warner Brothers Pictures’ film,Crazy Rich Asians.
Ms. De Jesus is an executive producer on The People’s Queen, along with Jun Del Rosario, John Lazatin and Glenn Meehan, whose previous executive producer credits include the long running TLC reality series, Little People, Big World.
Meehan agrees that Americans are eager to learn more about Asia’s rich culture, as long as it is a genuine representation. “Pageantry is a huge part of Filipino culture,” he says. “It is regarded as a sport and their passion for it demonstrates the quiet, resolute yet ultra-competitive nature of its people.”
Asuncion adds that the trend toward diversity isn’t exclusive to Hollywood. He sees it taking over pageants too as they are actively promoting varied shapes, heights and backgrounds in competition. “The upcoming Miss Universe 2018 pageant will even feature its first Transgender contestant, Miss Spain, competing for the crown,” he says.
“Pageant queens were never born, they’ve always been made,” Asuncion contends. “Where we used to build a queen with external make-overs, it’s internal transformations that win titles today. It’s simply not enough to be a beauty queen anymore. Pageant hopefuls must strive to beThe People’s Queen.”
The People’s Queenis ABS-CBN International’s first foray into a reality show in English and with an all-Asian American cast beyond its Myx TV channel. ABS-CBN is the largest Filipino media and entertainment company in the world. In the USA, it’s programming is available on Comcast, Time Warner Cable, Bright House Networks, Cox Cable and other major cable systems, as well as on satellite via DIRECTV, on IPTV and digitally onTFC.tvand Roku. The People’s Queenwill be seen in October on ABS-CBN’sTFC,Lifestyle Network,MetroandMyx TVchannels. VOD platforms to be announced soon.
Follow on Instagram @thepeoplesqueenshow and Twitter @tpqshow