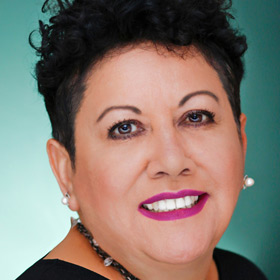 (Photo: Judith Dominguez)
A Los Angeles County lesbian couple filed suit in federal court against a Colorado-based company and its health insurance administrator for its refusal to provide them spousal health insurance coverage on an equal basis to its heterosexual employees. They argue the employer’s conduct violates federal laws prohibiting discrimination based on sex including Title VII and the Affordable Care Act.
In December 2016, in the wake of Donald Trump’s election, Colorado-based Cherry Creek Mortgage Company told their employee Judith Dominguez that they would no longer offer spousal health care benefits to Dominguez’s wife Patricia Martinez, showing Dominguez a policy statement that said Cherry Creek only recognizes marriages between a man and a woman.
Appallingly, Cherry Creek told Dominguez that the company was retroactively retracting spousal health insurance coverage for her wife for the prior year—leaving the couple faced with tens of thousands of dollars in unexpected charges for care after Martinez’s two heart attacks in 2015.
When the couple stood up for their rights, Cherry Creek retaliated by firing Dominguez.
“The judge who married us said it was an honor to perform our ceremony,” said Patricia Martinez. “He told us, ‘Now you are family’. Cherry Creek doesn’t have the right to rip that apart. They can’t take our rights away from us.”
The Colorado-based mortgage brokerage claims it does not have to provide health insurance benefits to spouses of LGBT employees—yet it markets its mortgage products to same-sex couples, and required Dominguez to attend a mandatory training for selling mortgages to same-sex couples.
Adding insult to injury, Cherry Creek continued to use Dominguez’s likeness in promotional materials even after terminating her, including her photo on their website and her forged signature underneath the “Cherry Creek Promise”—a page that was only de-linked when the company learned of today’s news conference.
“Cherry Creek recognizes same-sex marriages when it comes to selling mortgages to same-sex couples, so why won’t they recognize the marriage of one of their employees?” said Judith Dominguez. “They say they believe in family values, but clearly they value some families more than others.”
Cherry Creek’s removal of Martinez from the couple’s health insurance has been grievously hurtful. Martinez’s Covered California policy does not cover her cardiologist or her longtime primary care provider. Runaway out-of-pocket costs threaten her care. Meanwhile, UnitedHealth Group continues to send bills for medical debt rising past $50,000—including a bill for $30,000 that arrived in July 2017, a year after UnitedHealth Group was supposed to have paid it.
Even as the Supreme Court has settled the right to equal marriage in Obergefell v Hodges (2015) and wide majorities of Americans support anti-discrimination protections for LGBT citizens, Cherry Creek has taken the position that the company should not have to follow federal civil rights laws.
“The only thing more stunning than Cherry Creek’s bigotry is their hypocrisy,” said Dan Stormer of Hadsell, Stormer & Renick, a Los Angeles civil rights firm. “Under the U.S. Constitution, Patricia and Judith’s marriage is equal to any throughout the land. Cherry Creek’s owners can believe anything they want, but they can’t take away health coverage because of that belief.”
Cherry Creek appears to be relying on the new political regime to back its discriminatory stance. President Trump, Vice-President Pence, and Attorney General Sessions have already been working to rescind rights for LGBT employees. Session’s Department of Justice recently filed a  brief in the case Zarda v. Altitude Express reversing DOJ’s position under the previous administration and arguing that Title VII of the Civil Rights Act of 1964 does not protect LGBT Americans from workplace discrimination. Yet this view runs counter to decision by the U.S. Equal Employment Opportunity Commission, and denying LGBT employees spousal health benefits violates the U.S. Supreme Court’s ruling that same-sex couples are equally entitled to the rights and privileges of marriage.
“Cherry Creek is trying to take advantage of the current climate to move the country and LGBT rights backwards,” said Lori Rifkin of Hadsell, Stormer & Renick. “But federal law doesn’t allow employers to play politics on the backs of gay couples.”
Dominguez’s and Martinez’s complaint, filed in federal court in the Central District of California, charges Cherry Creek with discrimination and retaliation in violation of Title VII of the 1964 Civil Rights Act, the Equal Pay Act, the Affordable Care Act, California’s Fair Employment & Housing Act, and the California Labor Code.