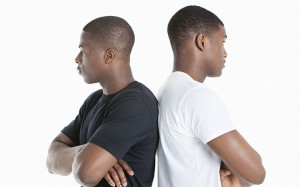 February 7 is National Black HIV/AIDS Awareness Day, an opportunity to promote HIV prevention, testing, and treatment among African Americans in the United States.

> African Americans are disproportionately affected by HIV. The Centers for Disease Control and Prevention (CDC) estimates that they accounted for nearly half (44%) of all new infections in 2010, despite making up only 14% of the population. This represents a rate that is eight times as high as that of whites.

Most of these infections are in African American men, most of whom are men who have sex with men (MSM). Young black MSM, in fact, account for more new infections than any other subgroup by race/ethnicity, age, and sex.

Research shows that African Americans do not engage in riskier behavior than members of other racial/ethnic groups. However, there are many social and economic barriers that can increase the risk of HIV.

WHAT CAN YOU DO?