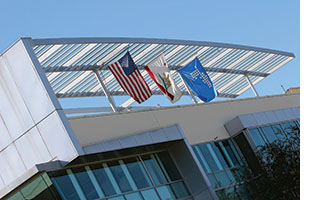 > West Hollywood City Council agreed to consider the re-hanging of the rain- bow flag that has flown over city hall for the past 7 months. The flag went up on the public facility in celebration of Pride Month in June and remained up to celebrate the defeat of Prop 8 and DOMA. Council members voted unanimously for the flag’s removal at a city council meeting on November 18, stating that it was unfair to 60 percent of residents who are heterosexual. The flag was removed on January 8 —and a backlash ensued. Gay resident and business owner Larry Block of Block Party retail store felt the removal of the flag was a sign that WeHo was being stripped of its gay identity. It looks like the symbol of the LGBT struggle for equality will fly over city hall once more in the shape of the city flag. The rainbow flag has prevailed. 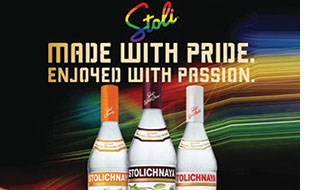 > Stoli Group USA and the L.A. Gay & Lesbian Center have announced a three- year partnership to fight inequality by investing in the development of LGBT leaders domestically and around the globe. Under the partnership, Stoli will donate $300,000 to support the Center’s Leadership LAB (Learn, Act, Build): a program that helps current and future LGBT leaders and allies throughout the country and around the world to develop critical leadership skills. 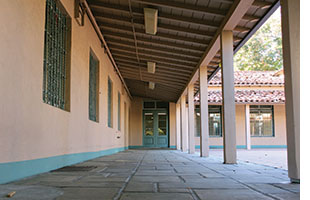 > The West Hollywood City Council motioned to postpone a deci- sion on the demolition of Plummer Park’s Great Hall/Long Hall at a council meeting on January 21. WeHo residents and friends of Protect Plummer Park rejoiced in response to this most recent development. Protestors feared the worst when they showed up at the West Hollywood Library before the meeting began bearing signs to “Save Plummer Park.” A proposal on the agenda approved a $120,000 contract with Interior Demolition Inc. to demolish the building 20 days after the demolition was ap- proved. The floor is now open to discussions of moving the building and saving its histori- cal significance. Great Hall/Long Hall was built 80 years ago. 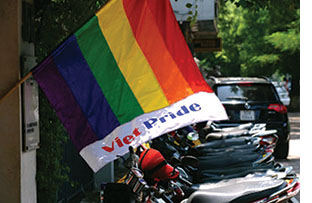 > Westminster City Council voted to include gay and lesbian residents in Orange County’s Vietnamese new year’s parade, which will take place on February 1. The 51-36 vote came a year after LGBT groups were barred from the Tet parade in Westminster. The Partnership of Viet Lesbian, Gay, Bisexual and Transgender Organizations marched in past parades when they were city-run, but were barred after a community federation took over in 2013. 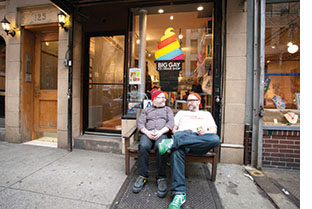 > New York’s Big Gay Ice Cream Shop is aiming for the waistlines of Angelenos with plans to open a shop on 9th Street around the newly opened Ace Hotel on Broadway in Downtown Los Angeles. Owners Douglas Quint and Bryan Petroff had two successful pop-up shops in Los Angeles in previ- ous years. The West Coast will now get their fill of the Salty Pimp chocolate-dipped ice cream cones, Rainbow Paletas, Ginger-Curry milkshakes and much more. Quint and Petroff have two stores in Manhattan. For more, visit biggayicecream.com.