LGBTQ Pride Lifeguard Tower In Long Beach Burns Down. Mayor Robert Garcia: “This Was An Act Of Hate” | The Fight Magazine 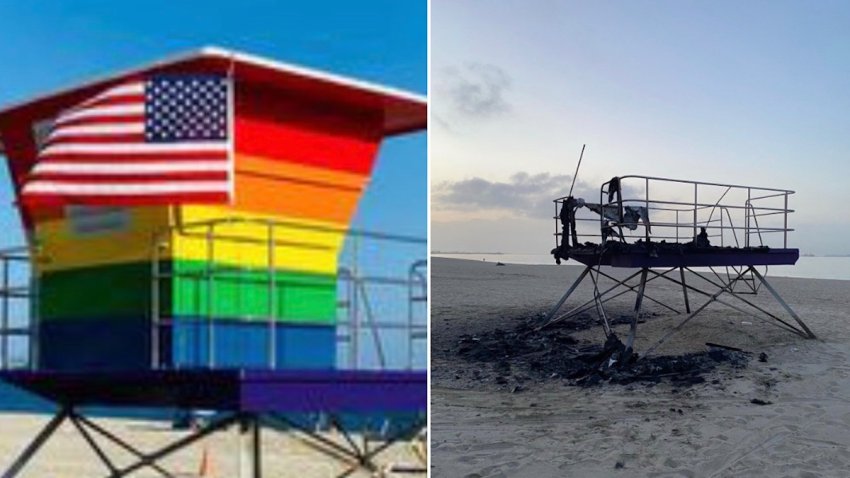 A lifeguard tower painted in rainbow colors to honor the LGBTQ community in Long Beach burned down early Tuesday morning, March 23, and fire officials are investigating how it started, reports Long Beach Press-Telegram.

Firefighters responded to the Pride Lifeguard Tower, on the beach between 12th and 13th places, at around midnight and found it fully engulfed in flames, said Gonzalo Medina, Long Beach fire’s marine safety chief.

“The fire is under investigation, but I personally have little doubt this was an act of hate,” Mayor Robert Garcia said. “To whoever committed this act: ‘We will rebuild it better and brighter.’”