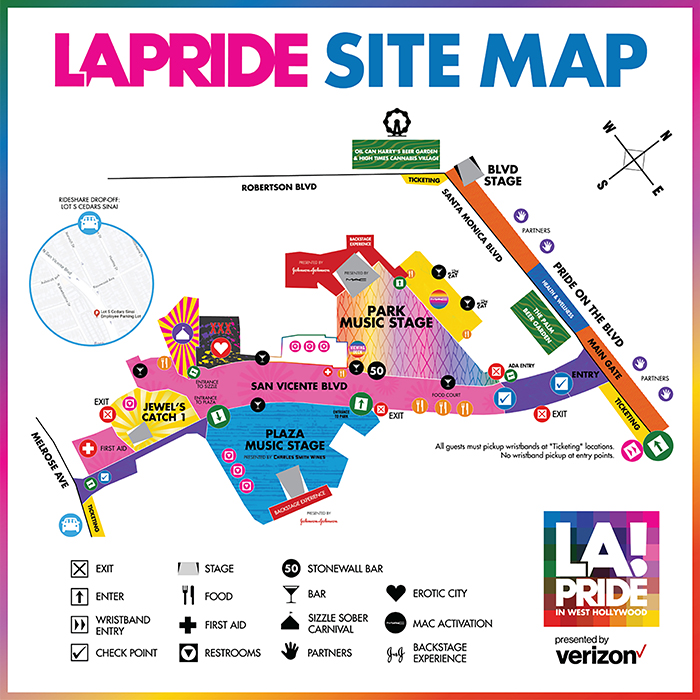 The festival takes place on Saturday, June 8 through Sunday, June 9. 2019. The opening ceremony takes place on Friday, June 7. The parade is on Sunday. June 9. For last minute notifications or changes visit: www.lapride.org. 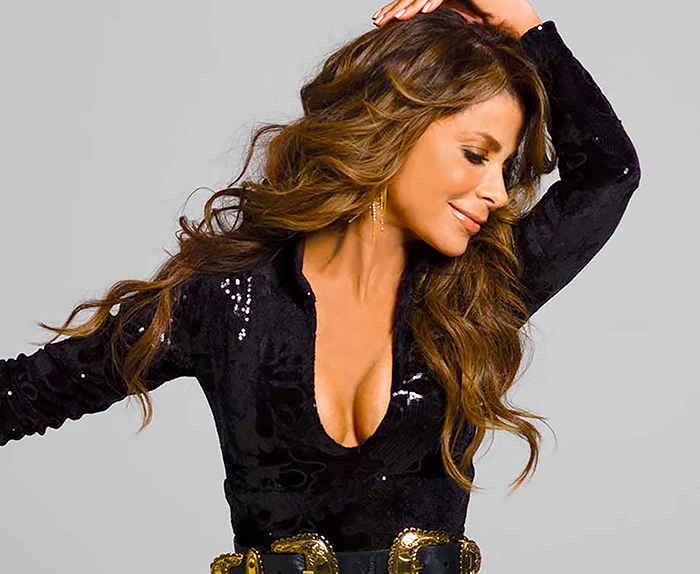 Want to get LA Pride Weekend in West Hollywood started early? Then head on over to West Hollywood Park for a FREE night of entertainment, programming, and festivities presented before the LA Pride Festival opens its doors the next day. This free evening will include: An official “Opening Ceremony” with a welcome from leaders and advocates for the LGBTQ+ community. Non-stop entertainment: Weho Vogue Ball & Drag Show, music from local DJs, live performances, dancing, and surprise guests. An exclusive screening of Verizon Media’s 5B, the remarkable story of courage and compassion by the nurses and caregivers of SF General’s Ward 5B, at 8 PM at the Plaza Stage. And a special 60-minute concert beginning at 10:30 PM by the one and only, Paula Abdul—powered by Caesars Entertainment. 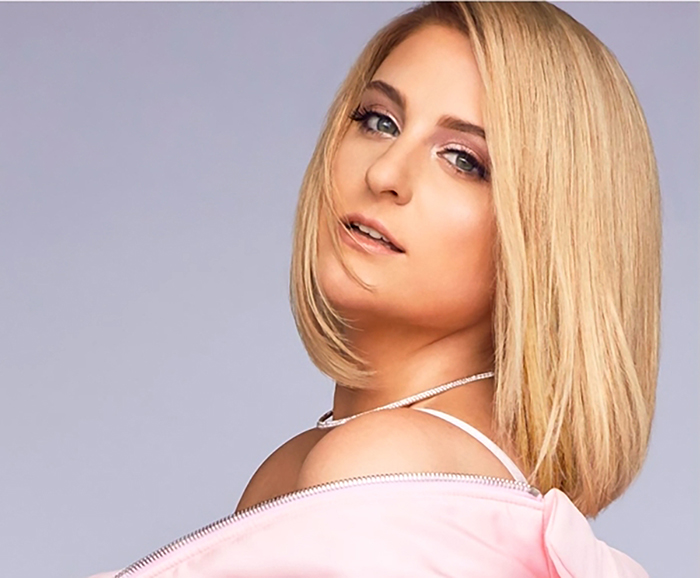 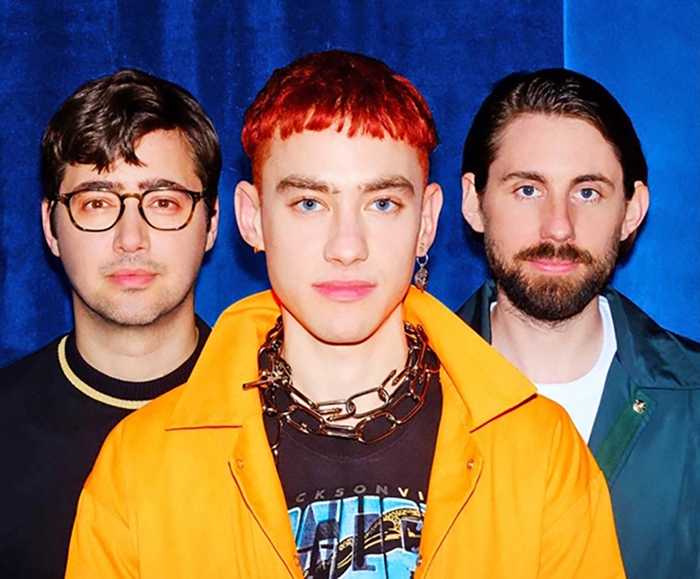 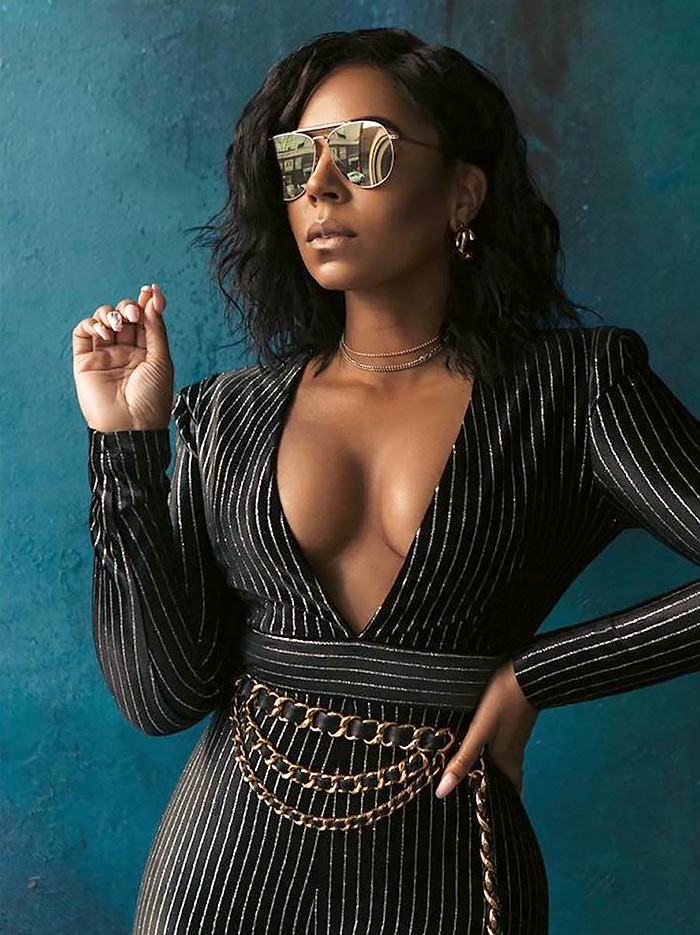 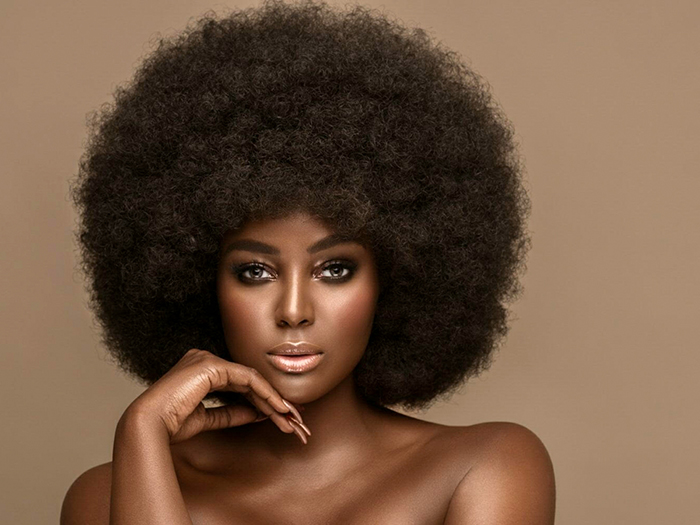 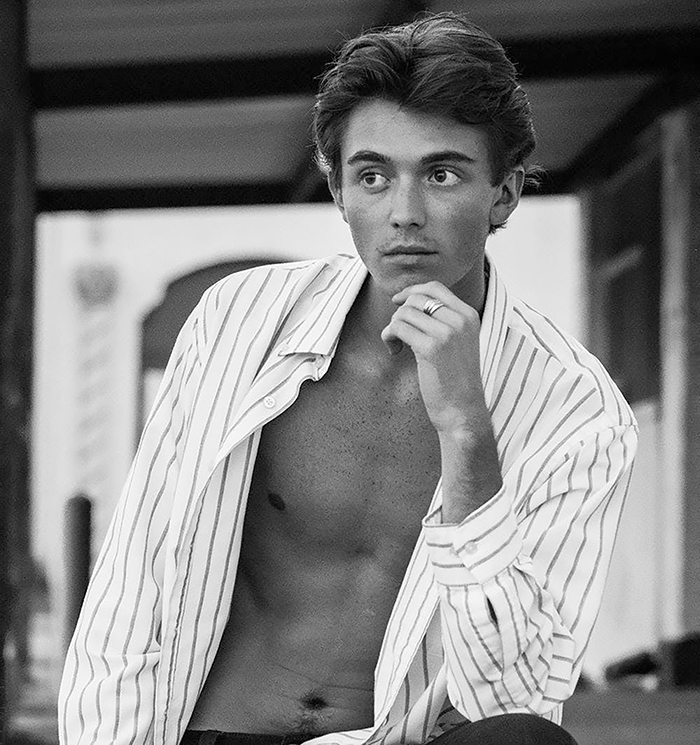 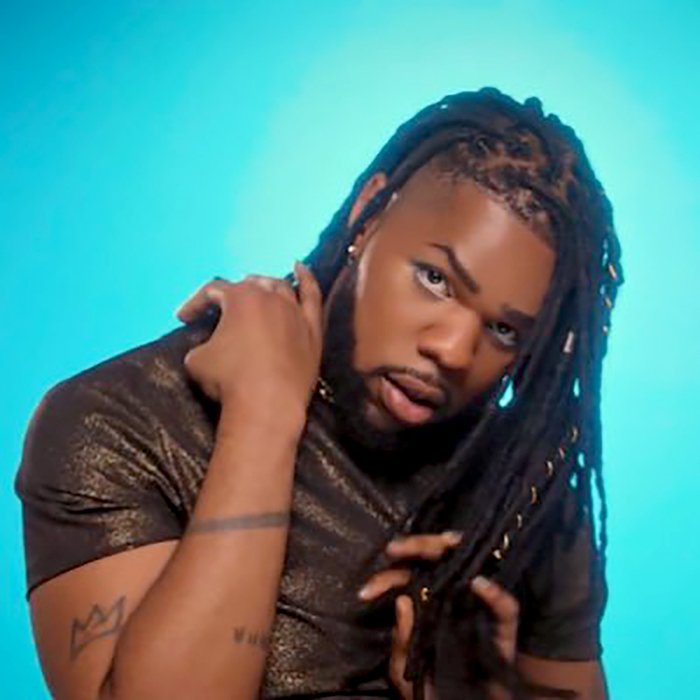 Regardless of genre, this year’s performers—a collaboration with Club Papi and BASH LA—will come together on the Festival’s two main stages to embrace this year’s theme, #JUSTUNITE.

The annual LA Pride Parade—telling this year’s #JUSTUNITE story—returns to Santa Monica Boulevard in West Hollywood on Sunday, June 9th. This is one of the highlight events of LA Pride Week 2019 and definitely should not be missed. Be sure to arrive early to get a great spot along the parade route! 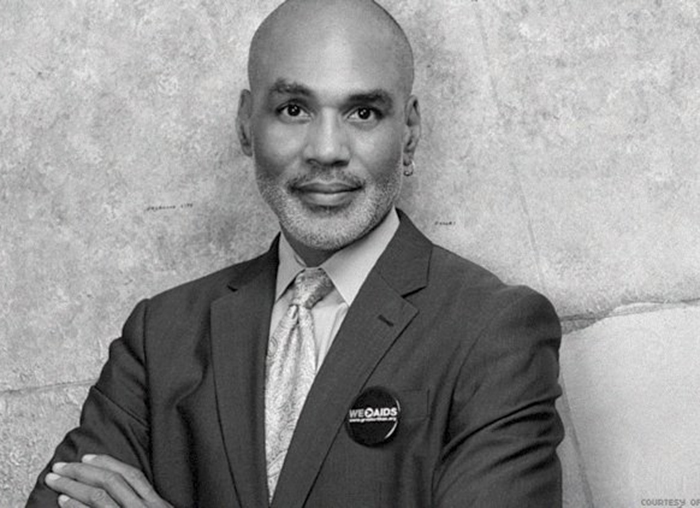 Actor and writer Ryan O’Connell is this year’s Celebrity Grand Marshal. In 2019 O’Connell blazed new trails of LGBTQ representation with his hit Netflix show, Special, and is being honored for using his voice and platform to expand visibility for LGBTQ people.

The Community Grand Marshal, Phill Wilson, is an LA-based activist whose career began after he and his partner were diagnosed with AIDS in the early 1980s. Since moving to Los Angeles, Wilson has served as the director of Policy and Planning for the AIDS Project, AIDS coordinator for Los Angeles, co-chair of the Los Angeles HIV Health Commission, and a member of the HRSA AIDS Advisory Committee. He eventually founded the Black AIDS Institute in 1999 and was appointed to President Obama’s Advisory Council on HIV/AIDS.

The Organizational Grand Marshal, the Los Angeles LGBT Center, has supported the LGBTQ community in Los Angeles since 1969—and today provides services and programs for more LGBTQ people than any other organization in the world. Celebrating its 50th anniversary this year, the Center is dedicated to building a world where LGBTQ people thrive as healthy, equal and complete members of society; and their passion for equality and inclusion embodies this year’s #JUSTUNITE theme. 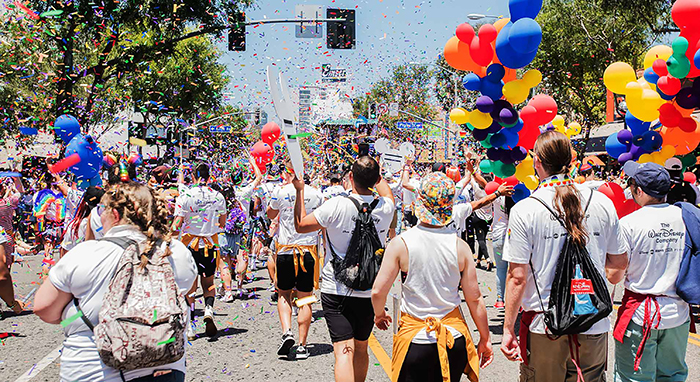 FREE Pride On The Boulevard

For the first time, LA Pride and the City of West Hollywood are teaming up to host the first-ever “Pride on the Boulevard,” a free block party of entertainment, vendors, exhibitors, non-profit organizations, rides and attractions, beer gardens, and more along Santa Monica Boulevard in West Hollywood (between Robertson and Hancock). This free-to-the-public event will take place on Saturday, June 8 and Sunday, June 9 from 12:00pm–7:00pm. 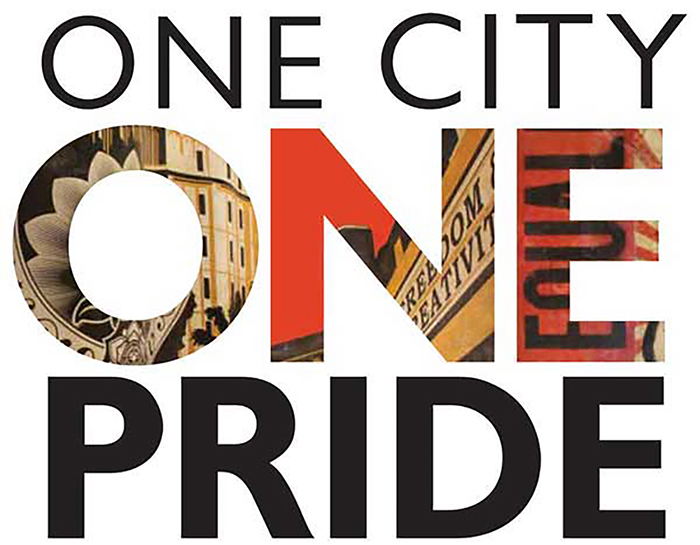 The City of West Hollywood’s One City One Pride LGBTQ Arts Festival celebrates Pride through the end of June Pride month (June 30) with the theme “Love is Love,” celebrating the universal bond that unites us especially during this 50th anniversary year of the Stonewall riots.

Highlights include: “LA: A Queer History,” a documentary about LA’s contributions to the LGBTQ rights movement taking place on June 26. And a full day of programming on June 30 including the launch of “Crush: First Love, New Talent” an LGBTQ comic anthology about first (queer) love and “Where Love is Illegal” featuring portraits of people who live in countries where it is illegal to be LGBTQ.

“One City, One Pride” is organized by the City of West Hollywood’s Arts Division. 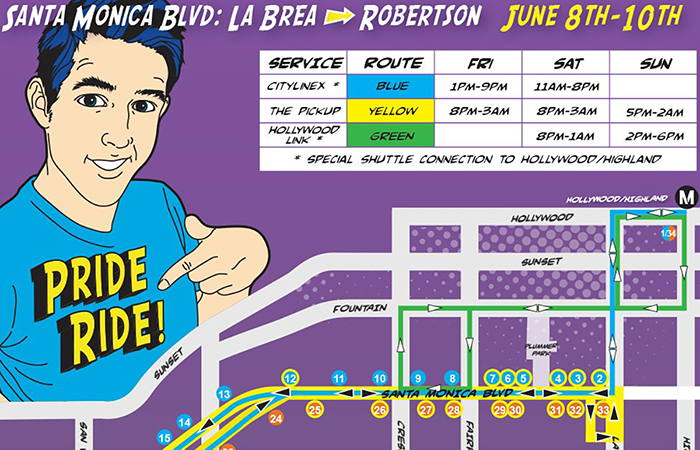 With an expanded footprint for the 2019 LA Pride in West Hollywood celebration on June 7, 8, and 9, the City of West Hollywood’s free shuttle to Hollywood and Highland, Cityline Commuter, and the City’s free weekend nighttime and Sunday Funday ride, The PickUp, will get together and become “Pride Ride” for the weekend.

Pride Ride will offer a safe and convenient way to and from Metro rail service at Hollywood and Highland and destinations in the City of West Hollywood, traveling along Santa Monica Boulevard. In Hollywood, vehicles will stop on Highland Avenue (just south of Hollywood Boulevard on the west side of the street).