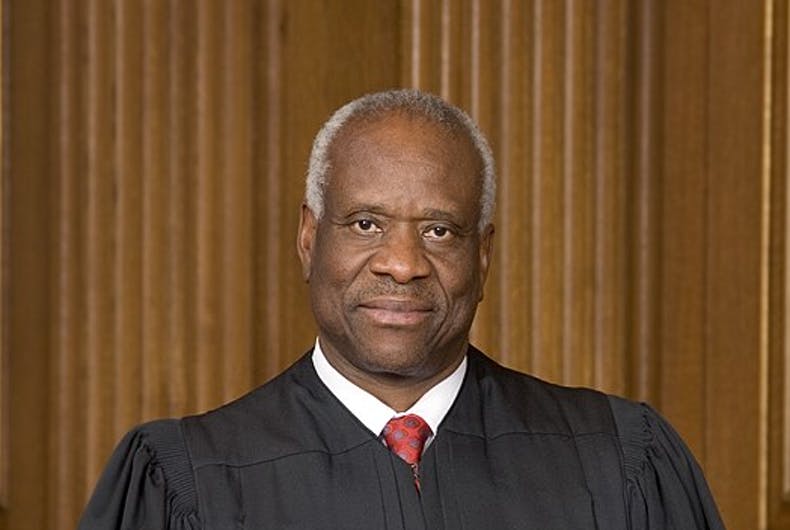 The Supreme Court decided to punt on the case of a baker who refused to make a wedding cake for a same-sex couple, delaying the inevitable day of judgment, reports John Gallagher at LGBTQ Nation.

But perhaps the biggest impact on marriage equality came in an entirely different case and Justice Clarence Thomas’ concurring opinion in it.

The case in question was about legal double jeopardy, in which you can’t be tried twice for the same crime. An Alabama man who had faced both federal and state gun charges stemming from the same traffic stop claimed that he was unfairly being charged twice. By a 7-2 vote, the Court upheld the current interpretation of the law, which allows the the federal government and state governments to pursue the same charges. reports LGBTQ Nation.

Thomas was in the majority, but he wrote a separate concurring opinion that went far beyond the issue at hand. Just because the law has always been interpreted that way, Thomas wrote, doesn’t mean that it should be. Thomas argued that respecting legal precedent, known by the term stare decisis, shouldn’t be sacred.

And what’s the case that Thomas suggested proved his point? Obergefell v. Hodges, the case that made marriage equality a national right.