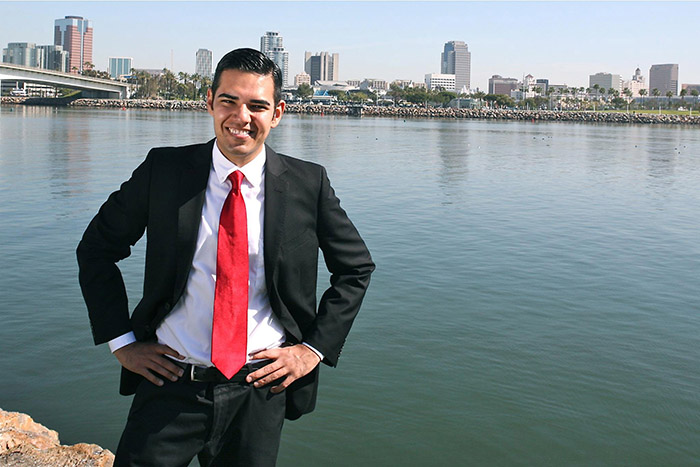 Equality California has endorsed Robert Garcia in his campaign for reelection as mayor of Long Beach.

“Robert Garcia is one of the most prominent and respected LGBTQ elected officials in the country,” said Rick Zbur, executive director of Equality California. “As mayor of California’s seventh largest city, he has been a champion for open government, education, infrastructure, sustainable and liveable neighborhoods, a clean environment and a strong and vibrant economy. Since he was first elected to city government, he has been a visible champion for LGBTQ equality and social justice and has devoted considerable time and energy to supporting and improving the organizations that serve the LGBTQ community. His courage, passion and visibility as mayor of one of the largest cities in California have made him a role model both for LGBTQ public officials and for young people everywhere.”

Garcia was born in Lima, Peru and came to the U.S. with his mother when he was five. He was elected as the first openly-gay, first Latino and youngest-ever mayor of the city of Long Beach in 2014 at the age of 36.

Garcia will appear on the June 2018 primary ballot.