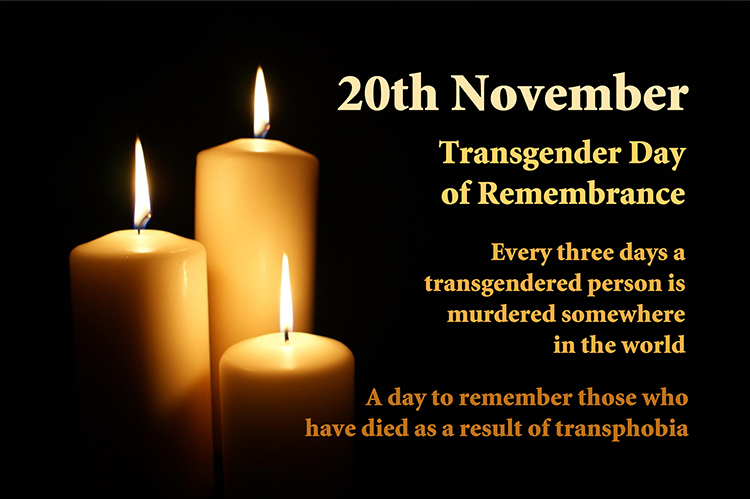 Film Festival, Day of Remembrance Ceremony, the lighting of City Hall in the colors of the Transgender Flag.

On Sunday, November 13, 2016, at 1pm, the City of West Hollywood, through its Transgender Advisory Board, will host a Transgender Film Festival at the City of West Hollywood’s City Council Chambers/Public Meeting Room at West Hollywood Library, located at 625 N. San Vicente Boulevard. The festival will feature two documentaries:  Raising Zoey, which chronicles 13-year-old Zoey Luna’s fight for her right to self-identify in school and Shunned, an award-winning and thought-provoking film about the trauma and struggles faced by a group of trans women in the Philippines as they compete in a pageant.

On Sunday, November 20, 2016, at 1:30pm, the City of West Hollywood’s Transgender Advisory Board will host the Transgender Day of Remembrance Ceremony in the West Hollywood Library Auto Court, located at 625 N. San Vicente Boulevard. The event will include speakers from the community, city representatives, and transgender performers. The flag flown at City Hall will be flown at half-staff in remembrance.