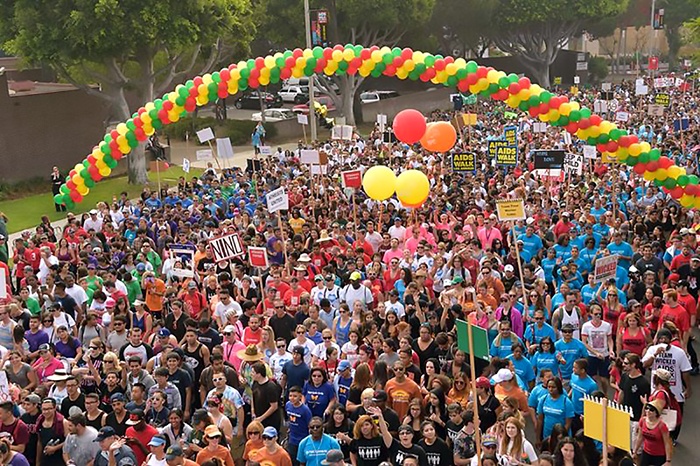 The 31st annual AIDS Walk Los Angeles (AWLA) will take place on Sunday, October 11, 2015. The Walk, which starts and ends in West Hollywood, is expected to  draw a crowd of more than 25,000 and raise millions of dollars in support of the tens of thousands of people living with HIV/AIDS in Los Angeles County.

The 10K fundraising walk will benefit AIDS Project Los Angeles (APLA) and more than 20 other important L.A. County AIDS service organizations. These groups provide essential support services to thousands of people living with HIV/AIDS, as well as vital HIV prevention work that reaches many more throughout the Southland. Since its inception, AWLA has raised more than $79 million for APLA and its community allies.

The 10K route travels through the streets of West Hollywood and Los Angeles, starting at Melrose Avenue and Santa Monica Boulevard.

Participants are encouraged to register using the event’s newly revamped website at la.aidswalk.net.