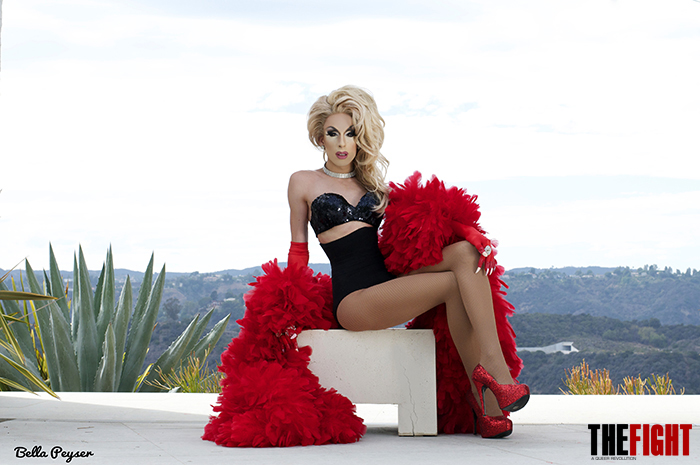 The self-proclaimed alien from the planet Glamtron—Alaska Thunderfuck—on the meaning of drag, the perks of being sober and attention seeking fame whores.

RuPaul’s Drag Race Season 5 contestant, recording artist and drag performer Alaska Thunderfuck is desperately seeking a Redbull. Her phone interview with THE FIGHT is taking place at an airport hotel in Michigan, where she is prepping to serve her non-traditional drag performance at Nectar Nightclub.

“This is terrrrrible,” she moans in long drawn out syllables. “My hotel is attached to the airport and they don’t have Redbull anywhere,” she complains dramatically. “It’s what fuels Alaska. It’s how I make my transformation.”

The self-proclaimed alien from the planet Glamtron (aka Justin Andrew Honard) finally settles for an Amp energy drink and gets down to business for an intimate discussion about the meaning of drag, the perks of being sober, stepping out of the shadow of Drag Race Season 4 winner and partner of four years, Sharon Needles, and how queens need to be creators, not haters.

Is October a busy month for you?

Yeah, I’m really busy right now, which is good, but it’s not that different than the rest of the year. I like to take as many opportunities as I can to tour. It is very exhausting, but at the end of the day, it is very rewarding.

What did you do for Halloween last year after being a runner up to Jinkx Monsoon for the crown as America’s Next Drag Superstar?

It was pretty crazy. I was in drag every day leading up to Halloween, so I didn’t get to dress up like Elvis, which is all I really wanted to do.

What are you wearing right now?

Oh my goodness, how intimate. I’m wearing black pants and like a floral button down shirt. I try to look normal when I’m in airport mode. I let Alaska be the attention seeking fame whore.

You and Sharon Needles were known as the royal drag couple, how did you manage to step out of Sharon’s shadow?

I think you get out of this business what you’re willing to put into it. You have to be ready to work hard and have all the machinery in place once Drag Race happens for you. I was just really lucky that I was able to have stuff ready. I also have a really good manager and a really good support system. It’s a factor of luck and hard work. And yeah, Sharon comes up all the time. He’s still a part of my life in a sense, because the TV show is still airing, so in the world of RuPaul’s Drag Race, we’re still together.

Did people have a morbid curiosity with you two being drag queens and in a romantic relationship?

Yes, but you’d be surprised, it happens a lot more often than you think. When you think about it, you want to date someone who understands what you do, what your life is like, and understands your time schedule. These things are very important. And you also get to double your wardrobe.

Are you still sober?

I am, yes. I’m not like in AA or anything like that. I just don’t drink, because it wasn’t working for me. And I’m not like dogmatically against drinking. I don’t think everybody should quit drinking because it works for some people, but I can honestly say that it wasn’t making me happy, so I just stopped. Now I’m way nicer. I think. And it’s way easier for me to do my job.

Was it a struggle to lay off the booze in the beginning?

I was just done. I was really sick and thinking why isn’t this cold going away? And then I thought, oh maybe it’s because I’ve been binge drinking every single night. My relationship was ending and I was moving across the country, so I decided I was going to take a break from drinking. I wanted to make some decisions with a clear head and I felt such a positive change, that I thought, I’m going to stay like this. I like it.

Are you dating anyone at the moment?

I was a weirdo. I looked weird, I acted weird, and I felt like it was bad for a very long time, but as I got older I was really lucky to see that the weirdness is what made me special, so when I started embracing my weirdness it really put me on a path of fulfillment, self-discovery and it opened me up to love.

What do you like the most about being Alaska?

I check my Facebook messages myself, which is really nice, because I get to read people’s stories. I never started doing drag as a way to help people. I wanted attention. I wanted my pictures on Myspace to look really cool, but drag really does touch people’s lives. I get to hear from people who have gone through some really hard stuff and our community really touches people in a meaningful and positive way. It’s very rewarding.

What inspires songs like “Ru Girl” and the recent “Your Makeup Is Terrible” single?

I guess my inspiration comes from all things super gay. My next song is called “Nails.” If you’re not wearing nails, you’re not doing drag. It’s a celebration of the really vapid, really shallow stuff, but once you indulge in that, I think you can find something deeper if you want.

Is there a deeper meaning to the drag you do?

Yes. It’s my life’s work. Drag has all the trappings of excess and glamour, where you glue acrylic nails, eyelashes, and hair extensions on your head. It may seem superficial, but once you put all those things together, I think that it creates a product that is art and a form of magic. There is something really special going on there. I think people are recognizing that in this time period we’re living in right now, and I think that’s really cool.

In the song “Ru Girl” you let Alaska haters have it. Are haters gonna hate?

They do exist. Anyone who is willing to put themselves out there-no matter what they do-is opening themselves up to a lot of criticism. It’s important to remember to not be a hater, but to be a creator. It’s a great deal braver, more truthful and there is more love when you create something and put it out there for the world-especially if it comes from your heart. A lot of people hate, because it is easy and instantaneously gratifying to make a person feel less.

What’s in store for Alaska fans in the near future?

[Former Drag Race contestants] Willam Belli, Courtney Act and myself were asked to do a t-shirt campaign for American Apparel, so of course, we said yes. The shirts are available online and at the stores and they’re really pretty. I can’t wait to get one for my mom. I have a music video coming out for the song “Nails.” The song will be available on iTunes and on Youtube. And I’m doing a lot of shows. I think I’m in and around New York City for Halloween this year. It’s gonna be turned up.

Alaska Thunderfuck is reachable via Facebook, tweeter and she’s on Instagram under @theonlyalaska5000. For more, visit alaskathunderfuck.com. 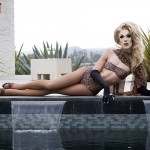 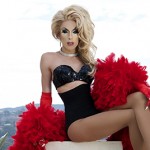 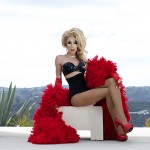 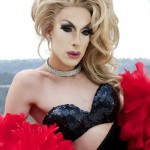 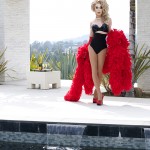 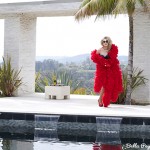