Mary L. Trump On Growing Up Gay – In An Interview With The Advocate | The Fight Magazine 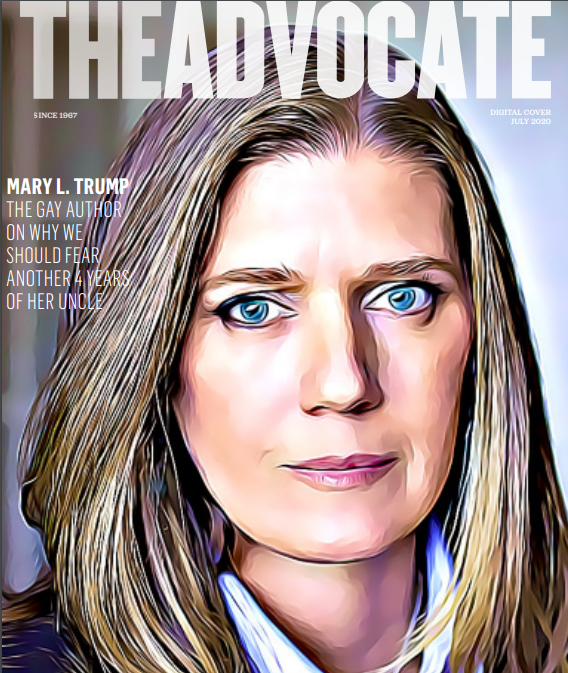 In an interview with The Advocate – the president’s niece Mary L. Trump talks about growing up gay in an “anti-everything” family.

Mary L Trump, whose book Too Much and Never Enough: How My Family Created the World’s Most Dangerous Man, sold a staggering 950,000 copies by the end of its first day on sale, tells The Advocate she never shared her identity with anyone in her family.

“Even though homophobia wasn’t really explicit in my family, growing up, no one talked about homosexuality one way or another. My family was so anti-everything, anything that was different from them. So, I just assumed they were antigay, and that was something they would not tolerate.”

When asked “When you hear your uncle say ‘The gays love me,’ how does that make you feel?” she replies: “You know, the same way I feel when he says, ‘Blacks love me.’ It’s just absurd. What’s worse that on some level, he’s actually convinced himself that that is true. Anyone who takes that seriously should be discounted out of hand. Otherwise, it [is] just not worth paying it any attention.”

Additionally, says Mary: “He’s not [an] ally of the gay community, or really any community for that matter. Donald doesn’t have any concern or beliefs beyond his own self-interest. His enablers tell him to enact a certain policy, and he’ll do it. He doesn’t care.”