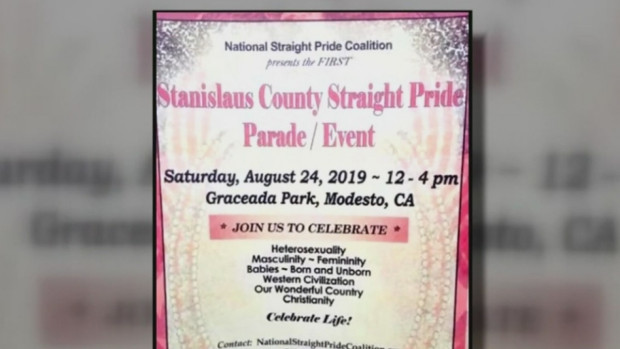 The hopes of the National Straight Pride Coalition have been dashed for now as Modesto City leaders announced on Friday the group will have to find another venue to hold their march and parade, reports CBS Sacramento.

The straight pride event was planned in Modesto’s Graceada Park for Aug. 24. City spokesperson Thomas Reeves says the event organizers were faced with a problem.

“We were informed today by the insurance carrier that they are denying insurance. If you don’t have insurance, you can’t reserve one of our parks,” Reeves said. “The second thing is our concern for safety. We have a big concern for the residents around Graceada Park where the event was planned to be held.”