Michele Bachmann PRAYS to God: Do Not Let Dems Take The House. WATCH! | The Fight Magazine 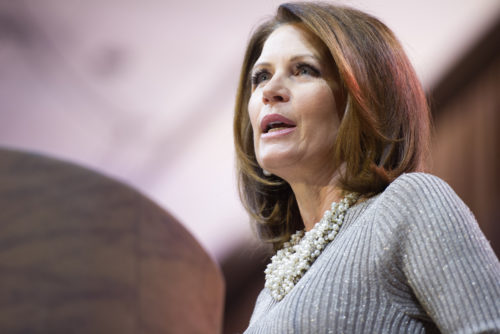 At one point, she led her fellow commentators in prayer after it was forecast that Democrats would win control of the House of Representatives, reports LGBTQ Nation.

“Control of the House is still up for grabs,” she prayed. “So Lord, we have been trusting you and we are praying and we are praying by faith, oh God, believing for these seats. We do not accept defeat that has been already forecast by some of these networks.”

“What we accept is your will and your sovereignty and that’s what we pray, Lord. We come in alignment with your will for the House and the Senate and for a government that reflects your kingdom and your values and your biblical, Father, precepts.”

LGBTQ Nation‘s Bill Browning: “God apparently decided that the party who doesn’t attack immigrants, cares for the poor, respects civil rights, and feeds the hungry is more to his liking.”