Univision’s LUIS SANDOVAL Comes Out On Live TV, Due To Child’s Suicide | The Fight Magazine 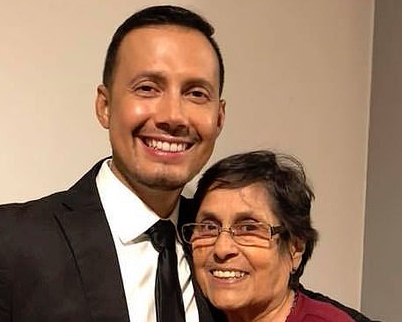 (Photo: Luis Sandoval, with his mother)

A host on Univision’s Despierta America came out on the morning show, reports Daily Mail.

Luis Sandoval decided to let his viewers know during Thursday morning’s show that he was gay on national Coming Out Day.

He said he felt compelled to do so after nine-year-old Jamel Myles committed suicide in August because his classmates had been teasing him about his sexual orientation.

Sandoval said he was appalled by the harsh treatment the child’s mother received in the days following his death.

“Imagine a mother’s pain, losing your nine-year-old son and then I started to see people criticizing the lady, ‘this is your fault, you exposed your son to these things, you deserve it,’ they would tell her,”  Sandoval said.