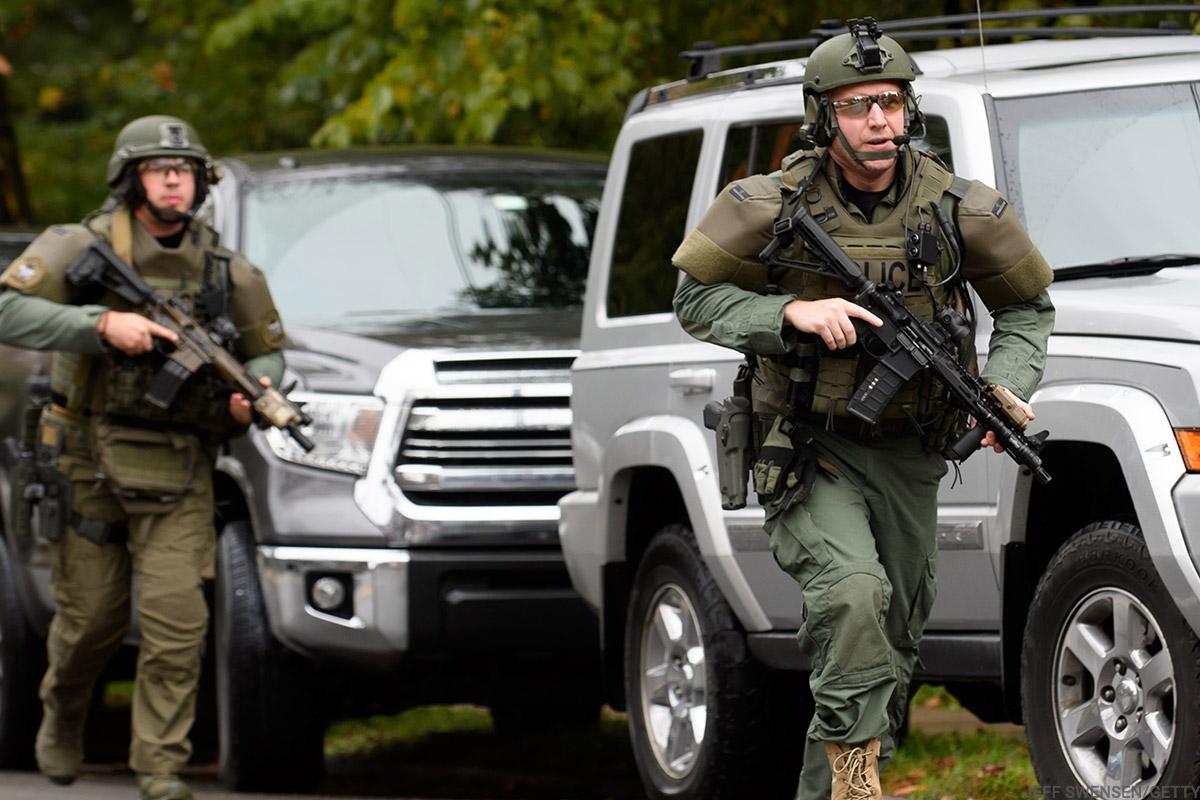 Ben Stiller and Bette Midler were among the many Hollywood celebrities joining the nation in mourning the Pittsburgh synagogue shooting that left 11 people killed and 6 others injured on Saturday, reports Yahoo.

Amy Schumer tweeted her “heart is broken” in response to the attack.

My heart is broken for the victims and loved ones of everyone affected by the shooting at the Tree of Life synagogue in Pittsburgh https://t.co/IuMRo5S674 — Amy Schumer (@amyschumer) October 27, 2018

Midler tweeted her “deepest and sincere sympathies” to the victims. She then appeared to call out President Trump, adding “if only we had LEADERSHIP that would actually take steps to stop it.”

To the families of those who died in the synagogue shooting in Pittsburgh, my deepest and sincere sympathies. This horror is escalating day by day. If only we had LEADERSHIP that would actually take steps to stop it. — Bette Midler (@BetteMidler) October 27, 2018

Ben Stiller, in response to a clip of President Trump suggesting the shooting could’ve been thwarted if there was “protection inside,” tweeted “this is not the fault of the synagogue” and added a hashtag for gun control.

No one should have to go through airport security to go to pray in a synagogue or church or a mosque. This is not the fault of the synagogue….#Guncontrolhttps://t.co/WiIYqSla3s — Ben Stiller (@RedHourBen) October 27, 2018

Here are just a few of the others speaking out:

This #PittsburghSynagogue shooting occurred while they were celebrating the Briss of a newborn baby. I can’t imagine the heartbreak the families of those lost & injured are going through now. #SensibleGunControl — Patricia Arquette (@PattyArquette) October 27, 2018

We filmed both Dogma and Zack & Miri in #Pittsburgh so I know the #SquirrelHillarea well. My heart goes out to all the people who were shot or killed simply for practicing their faith, as well as the Police who were injured while trying to protect them. https://t.co/dNbF8m1mze — KevinSmith (@ThatKevinSmith) October 27, 2018

Please join me in sending healing energy to all affected in the Tree of Life Synagogue shooting — rose mcgowan (@rosemcgowan) October 27, 2018

My heart is broken for Pittsburgh and for the grieving Jewish community there. Words matter. Hate speech, dog whistling at our highest levels…it results in real consequences. This is a great tragedy. *another* great tragedy. — josh groban (@joshgroban) October 27, 2018

Today, I send out love to each and every one of you reading this. Every single one of you. We are one world. We all need love. We all want comfort. Let’s give it to each other. — Ellen DeGeneres (@TheEllenShow) October 27, 2018

#TreeOfLifeSynagogue MAY THE TREE OF LIFE , in your community, grow stronger and taller and in peace .. We Winklers , like the rest of the country , are heartbroken for ALL of you — Henry Winkler (@hwinkler4real) October 27, 2018

Trump said that what happened at the synagogue would have been prevented by an armed guard on site. And yet the gunman shot three armed police officers.

Let’s stop with the good-guy-with-a-gun fantasy. Let’s start with getting AR-15s off the market. — George Takei (@GeorgeTakei) October 27, 2018

Wow! @realDonaldTrump just blamed the victims for not having guns inside the temple. He’s gotta go! — Wanda Sykes (@iamwandasykes) October 27, 2018