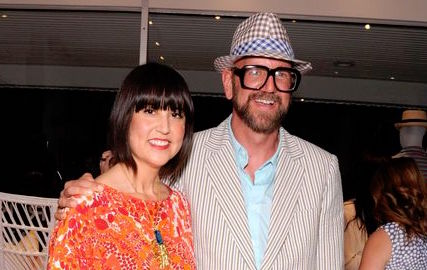 Jonathan Skow, 55, fashion designer and photographer known to many in the Coachella Valley and across the globe as Mr Turk, died Friday at Cedars-Sinai Medical Center in Los Angeles, according to an obituary released by a spokesperson for his wife, designer Trina Turk, reports The Desert Sun.

Skow was paralyzed a few weeks ago from the neck down during a swimming accident in Hawaii. He recently called his wife and his family into his room to say goodbye, Palm Springs City Council member and family friend J.R. Roberts said.