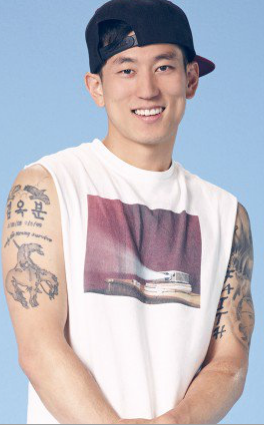 Jake Choi — one of the stars of the new ABC sitcom Single Parents — has come out of the closet,m reports The Advocate.

In an interview with the men’s lifestyle site Very Good Light, Choi discussed the journey he has taken since being the lead of Front Cover — a 2015 film in which he portrayed a gay fashion stylist.

“When I shot the movie I identified as straight – that’s how I was conditioned,” said Choi. “Now, I identify as fluid.”

Choi told Very Good Light that playing a gay lead in Front Cover forced him to reexamine his own identity. “Back when people questioned if I was gay after the move, I was like, ‘no, no.’ But after I did Front Cover, it made me think. A lot,” he revealed. “Am I really living my truth? Am I really free? Am I still kinda, swimming upstream?”

“Every day I would think, What does it mean when I’m talking to a guy and connect with him emotionally with intimate energy? Maybe it’s not just sexual, but it could be. Maybe, shit, I’m attracted to everything. Maybe it’s more feminine or more androgynous. I realized yeah, I’m fluid. It’s not black or white. It’s grey.”