Jake Tapper To Ellen: I Had A “Rather Large Crush” On You. WATCH! | The Fight Magazine 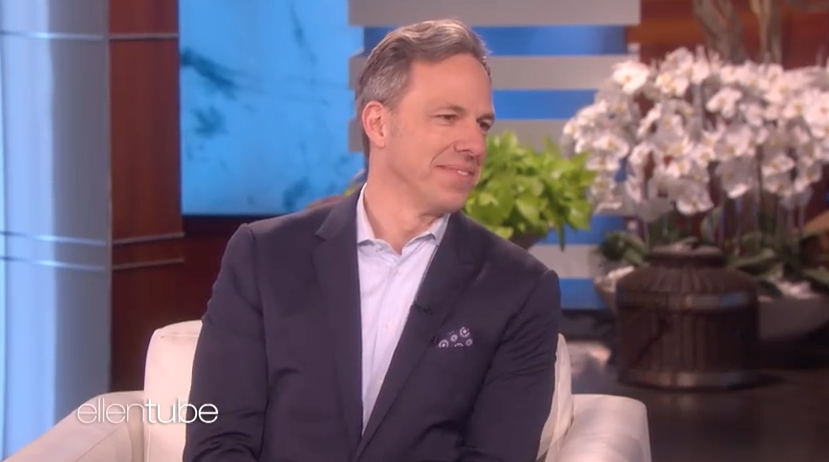 CNN host Jake Tapper went on Ellen Tuesday and revealed he had a “rather large” crush on her when she was first starting out in the 1980s, reports the Daily Mail.

During the first few minutes of her show, the light banter quickly turned to Tapper’s adoration of the daytime talk show host.

He revealed: ‘I have to say I’ve known of you since the late 1980s.’ He added: I was a big fan of a little show called Open House.’

And then, Tapper, 49, awkwardly revealed to the gay icon: ‘I have to confess that I had a rather large crush on you at the time.’