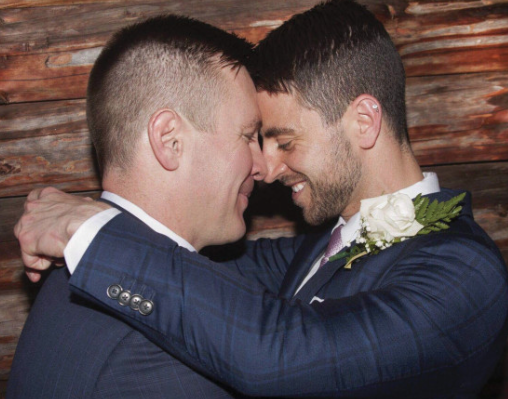 When a same-sex couple excitedly opened their wedding programs on the eve of their Pennsylvania ceremony, they were horrified by what they found inside the package, reports the New York Post.

“Rather than send plaintiffs the custom wedding programs they had purchased, Vistaprint instead sent plaintiffs literature with hateful, discriminatory and anti-gay messages equating their relationship to Satan’s temptation,” according to a new lawsuit targeting the web-based printing company.

“The pamphlets — plainly sent to threaten and attack Mr. Heasley and Mr. Borg because they are gay — warn that ‘Satan entices your flesh with evil desires,’” the suit says.

The plaintiffs, Aussies Stephen Heasley and Andrew Borg — who married at a hillside ceremony in Butler County, Pa., in September — added in a statement, “Our goal is to hold Vistaprint accountable for the harm they have caused … and to send a message that there will be consequences for acts of hate perpetrated against others.”

“We have just been made aware of this incident in the last few hours. We understand how upsetting it would be for anyone to receive materials such as these the night before their wedding and we have immediately launched an internal investigation,” a spokesperson for Vistaprint said.