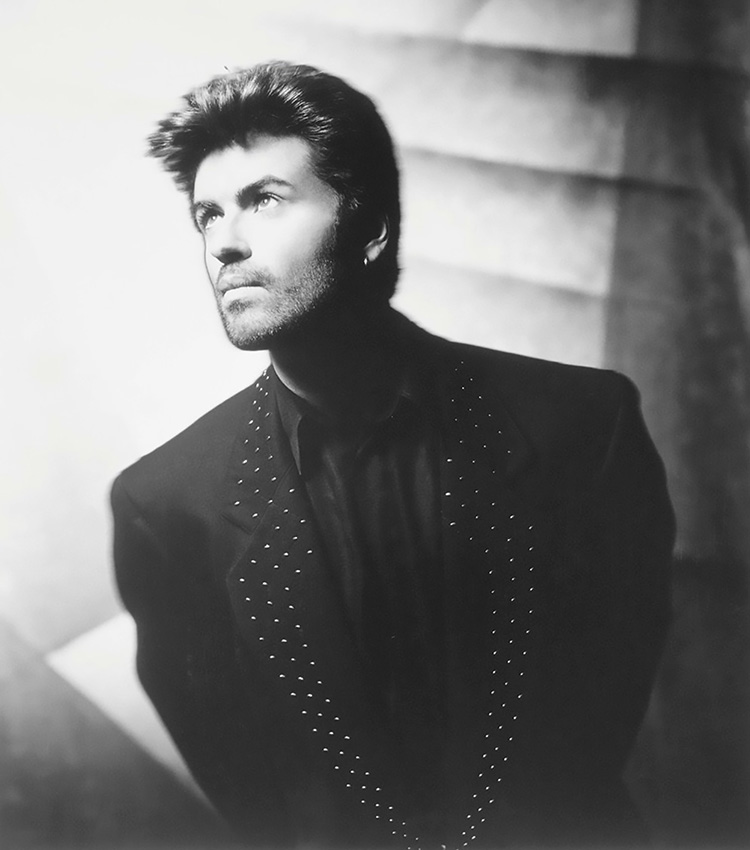 I Want Your Sex

Excerpts from The Huffington Post’s Noah Michelson’s excellent opinion piece: “George Michael Was A ‘Filthy’ Gay ‘F***er’ And We Should Honor Him For That.”

After word spread that pop star George Michael died at the age of 53, I sent out several tweets honoring the man who meant a lot to me as a queer young man who came out in the late ‘90s. My first tweet instructed those unfamiliar with Michael (and the brilliance of what he created) to seek out his music. This was my second tweet:

“I suggest we all find a public bathroom wherever we are and go and have sex in it with a stranger tonight to properly honor George Michael.”

I was referencing Michael’s well-publicized history with cruising for sex in public places (he was arrested by an undercover policeman in a Beverly Hills men’s room in 1998 and again 10 years later in London). While I was being cheeky in a way that I thought he would appreciate in the big Wembley Stadium in the sky, I also meant it. It was my way of paying tribute to how open, outspoken and unapologetic he was about who he was (once he came out in 1998), his sexuality and looking for gay sex in what could be referred to as non-traditional locales.

But shit soon hit the fan. People who thought I was being “disrespectful” and “tacky” and “tasteless” flooded my Twitter mentions…

… I tried to explain that as a queer, sex-positive man, this part of Michael’s life ― these moments of queer sexuality and his sex life that were made very public ― helped to reorganize and shape how I saw and embraced my own sexuality, which was nothing short of a miracle considering the homophobic and sex-negative culture we live in.

My tweet wasn’t a joke and it wasn’t rude or disrespectful. If you read it that way you’re implying that gay sex ― public or otherwise ― is shameful. I don’t and neither did Michael.

In fact, after the pop star was caught in 1998, he turned the incident into a celebratory song (accompanied by a splendidly self-conscious video featuring a public restroom that turns into a disco and Michael dressed as a cop) about the joys of having sex outside…

… So why all of the frantic pearl clutching? Why the attempts to bleach this part of his life from his legacy? Because we like our heroes wearing halos and because gay sex ― public or otherwise ― is still an absolutely terrifying concept for too many people (including some who may support queer rights). It’s seen as disgusting. It’s seen as unnatural. It’s seen as contributing to the downfall of modern civilization. In fact, William Pryor, a man that Donald Trump is considering as a nominee for the United States Supreme Court, believes that consensual gay sex should be illegal ― even in the privacy of one’s own home.

But let’s not forget that the sex acts that gay men engage in aren’t secret satanic practices. It’s the exact same kind of sex that most non-queer people have, just with a different distribution of equipment…

… Even scarier and sadder to me than the non-queer people who have a problem with gay sex are the queer people who are up in arms about my tweet. I’ve encountered folks like them before and in some ways, I understand their trepidation and their fear. The general idea is that if we don’t “behave” ourselves ― especially if people like Michael (who represent us in a world where queers are all too often invisible, ignored and/or vilified) don’t ― and quietly assimilate into mainstream society, we won’t be able to keep the rights that we have (and gain more). And so, instead of speaking frankly and honestly about sex ― that tireless boogeyman that has mesmerized and terrorized our society for centuries ― we should just shut up, get married, have kids and stop causing trouble.

But we can’t do that. Our queer fore-parents worked too hard, and too many died, for us to walk away from the dream of sexual liberation for all of us. That means we must not buy into a broken system that is simultaneously obsessed with and panic-stricken by all things sex. It means we must not accept the sexual status quo that all-too-often results in fake piety in the streets and discreet sleaze in the sheets. It means we must not pretend that Michael never had or loved gay sex. Let’s not sanitize him just because it would make it easier for some of us to eulogize him or love him or play his music for our children or our grandparents.

Read Noah Michelson’s article in its entirety at: www.huffingtonpost.com/queer-voices.