The Fabric Of The Republic | The Fight Magazine 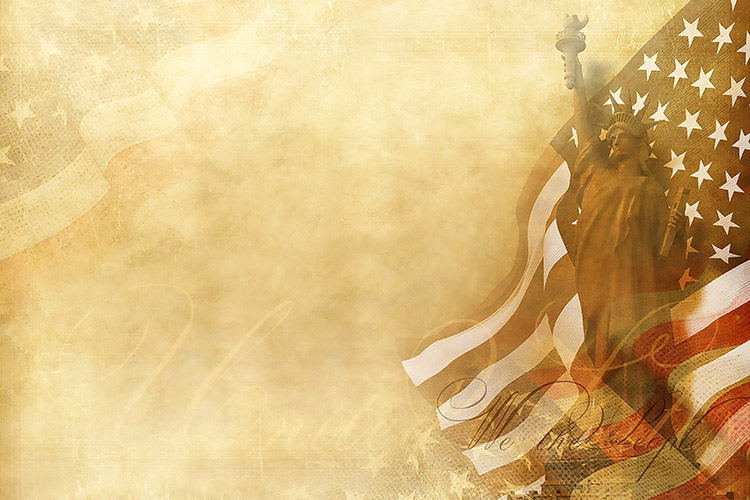 We must never stand for the normalization of white supremacy in the White House. We must dissent.

When Hillary Clinton conceded the election to Donald Trump, the news hit me like a punch in the gut. It wasn’t that I didn’t see it coming, I just couldn’t bring myself to believe it, not really.

Even now, weeks later, it’s painful to write about. I’m embarrassed that someone so manifestly ill-suited for the position will soon be the leader of the free world, I’m terrified of the havoc such a person could do to our country and our planet, and I’m personally ashamed that I didn’t try harder to persuade members of my family to vote another way.

Even if Trump spends the next four years reigning as the most centrist of North Eastern Republicans (which I’m sorry to say, simply isn’t going to happen) his campaign and election have possibly already done irreparable harm to the fabric of the Republic. You can’t elevate the presidential candidate endorsed by the KKK without real and terrifying consequences, as the tsunami of hate crimes sweeping the country— so clearly and painfully shows.

The choices we make in the coming months and years could mean the difference between realizing the America we always dreamed it could be… or a dystopia undreamed of in the darkest scripts of Hollywood.

Of course, it’s impossible to say which (if any) of his horrifying campaign rhetoric Trump intends to follow through on. He has been literally on every conceivable side of every possible position over the course of the 2016 campaign, and in the weeks since the election he has walked back or modified almost all of the promises he made on the trail—leaving us to peer into the tea leaves of of his cabinet appointments and public comments in an effort to catch a glimpse of the shape of things to come.

But even those glimpses are terrifying.

In wake of his victory Trump has been more critical of the cast of Hamilton than he has of the bigots committing racist and anti-queer acts in his name. He has has tapped “alt-right” white nationalist Steve Bannon to be is chief strategist and old school Southern racist Jefferson Beauregard Sessions III for Attorney General. He summoned the nation’s leading journalists, editors, and publishers to Trump Tower where he attempted to badger them into submission. He has claimed (with no evidence whatsoever) that “millions of people” voted illegally in California, Virginia, and New Hampshire—striking at the very heart of the legitimacy of the American democratic system. And he has suggested revoking the citizenship of protesters who burn the flag.

The attempt to normalize this madness is already underway. The politicians and talking heads tell us to “give Trump a chance” and then prattle on about Trump’s transition and speculate about his cabinet picks as if he were George Bush or Mitt Romney, as if we were not soon to be lead by a proto-fascist riding a wave of white nationalism into the White House—as if this were all normal. But this is not normal.

This isn’t the America our great-grandparents handed us, this is the America they warned us about.

We must never stand for the normalization of white supremacy in the White House. We must dissent.

Organize. Rally, form coalitions with other communities endangered by the looming Trump administration, remind him that WE’RE STILL HERE. But don’t do so under the banner of “Not My President.” He IS our president (assuming Russian hackers didn’t steal him an election) and we have to own this problem if we want to fix it.

Protest. Sing songs, wave signs, get out in the streets and make your voice heard. But do so in a way that disrupts the lives of the rich and the powerful, not poor and middle-class folk who are struggling to keep their heads above water. And for the love of all that’s great about this country, Don’t Burn the American Flag.

Wrap yourself in the flag. Make clothes out of it, paint it on your face. And if you want to wave the rainbow flag, work it into the stars and stripes. If you want to wave the Mexican flag, have it rendered in red white and blue. Own all the symbols of America, otherwise we risk ceding them to neo-Nazis.

Be a bridge. Don’t cut those who voted for Trump. Don’t write them off as racists and fools. Imagine them complexly. Show them, lovingly, the pain their choices are causing you and your community.

Subscribe. Invest in first rate media organizations like the New York Times, Washington Post, or Slate magazine. Provide them with the resources they need to expose the dealings of Trump and his cronies.

Donate. Give to organizations like the ACLU and the Southern Poverty Law Center that  defend the rights of marginalized peoples.

Join. Become a member of your local Democratic Club, join the Green party, join Black Lives Matter. Hell, join the Elk’s Club! Commit your time and and your energy to civil society that is the fabric of this country.

America has always been a deeply flawed place. It has broken its treaties, enslaved innocents, persecuted its minorities, but it has always held the promise of being something more. The choices we make in the coming months and years could mean the difference between realizing the America we always dreamed it could be—the America they told us about in kindergarten—or a dystopia undreamed of in the darkest scripts of Hollywood.

None of us has the luxury of standing idly by. We all have something to lose. When they write the histories of the Trump years, when you look back on these terrifying times, how do you want to remember yourself? As someone who stepped aside and let the darkness rush in? Or someone who stood up in defense of the noblest ideals of your community, your country, and yourself?