Embracing The Daddy Within | The Fight Magazine 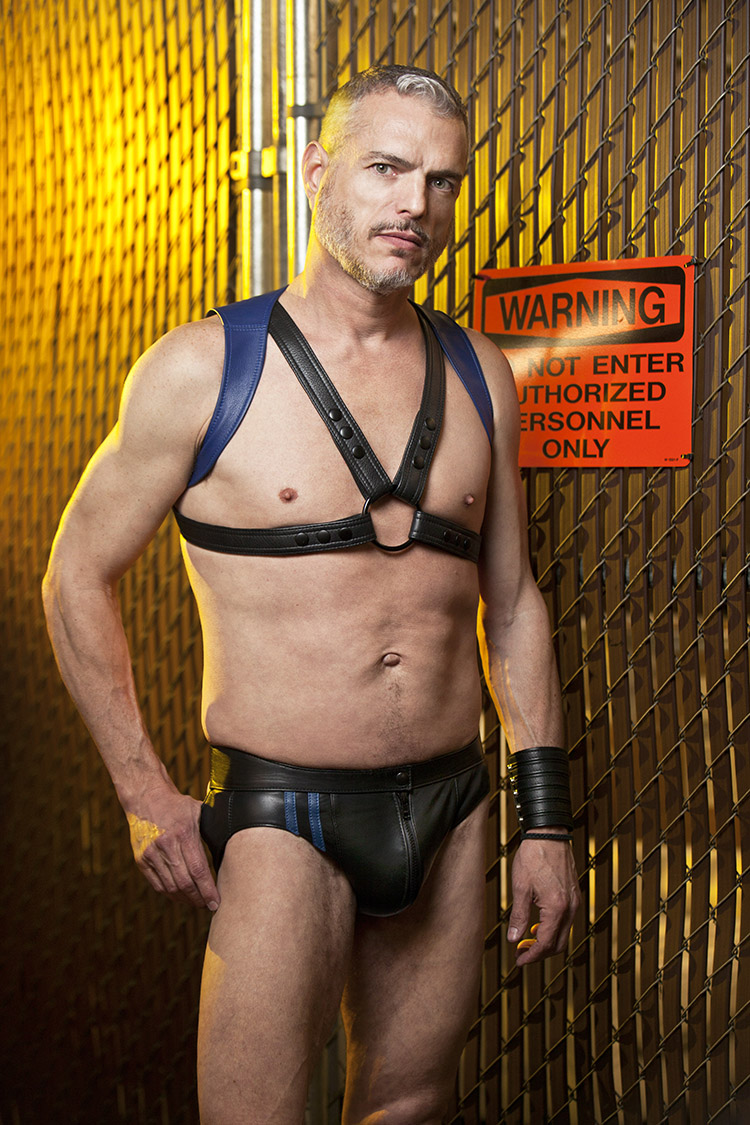 If we all work together, we can secure a better life and a better future for generations of LGBT people.

When I ran for Mr. Los Angeles Leather this year, and later International Mister Leather (IML), I was fast approaching the age of 53. Like many may men of my generation, I never thought I would even be alive at this age—let alone embracing life as a leather daddy—strutting around on stage in a jock strap and speaking openly about my sex life. But here I am, and I am having the time of my life.

Of course, it hasn’t always been so easy for me to be so open as an aging gay man. Coming of age in Los Angeles, I had few older role models to look to as examples of successful aging. We lost generations of men to HIV and those that did survive were often shamed for their sexuality—generations of so-called “promiscuous” men driven into the shadows. Indeed, having first discovered my sexuality in 1981, my entire life had been defined by HIV and the drive to stop it. Shame and stigma drove huge wedges between generations of men and we looked on with suspicion whenever we saw men dare to challenge the new acceptable norms of sex and intergenerational relationships. There seem to be a great divide among generations of LGBT people.

In time, however, I came to embrace the label. In time, however, I came to recognize that being a “daddy” was actually about my being a natural mentor and caregiver for others. It has become an opportunity to teach and to lead a younger generation—and to be a role model for how to age with dignity and grace. I encourage them to live life honestly and proudly, without fear of judgment or shame. And most of all, I teach them about a broader definition of “family” and the need for us to take care of one another during a time when we as a community still face significant challenges.

As I grew older, and the gray hair and wrinkles slowly started to appear, I resisted the title of “daddy” when it was directed toward me.  Perhaps it was because I didn’t want to accept that I was aging.

We all need to work hard keep our young people safe and healthy—educated, off the streets, away from abusive homes and violence and free of drug addiction. Alone, it seems like a monumental task. But while we work to protect new generations of LGBT adults, who are destined to become our community leaders and role models, we have an equally important obligation to make positive change for the older generations who have come before.

Recent estimates suggest that there are at least 1.5 million lesbian, gay and bisexual people in the U.S. who are 65 and older, and this population will double by the year 2030. Unfortunately, older LGBT adults face poverty in disproportionate high rates, often as a direct result of a lifetime of employment discrimination, and they are more likely to suffer from social isolation as compared to older straight adults. Older gay adults are twice as likely to live alone, twice as likely to be single, and three to four times more likely to have no children that can help in times of need.

Older gay people also deal with significant health disparities as compared to older straight adults, including physical conditions that are compounded by reduced access to healthcare, and many conditions are dramatically worsened by longterm HIV. In fact, more than one half of the people in the US living with HIV are 50 or older.

Many mainstream aging providers do not account for the unique realities and needs of LGBT older adults, leaving them at higher risk for isolation, neglect and discrimination. A recent national survey of LGBT older adults in long-term care facilities found that only a minority of respondents felt they could be open about their LGBT identities, while a large majority felt that providers would discriminate against them based on their sexual orientations and/or gender identities. Indeed, many respondents reported instances of mistreatment by providers that knew their sexual orientation. LGBT-inclusive aging services help offset these problems by providing spaces for LGBT elders to find community and support—but they are sparse and underfunded. A 2010 nationwide survey found that less than 8 percent of service providers offered services targeted to LGBT older adults and only 12 percent reported outreach efforts to this population.

All of this tells us that we need to do more for our elders. Our obligation to care for our own extends to all generations of our community, young and old alike. We need to embrace the “daddy” within, regardless of age, and lead the way to a better life for all generations of LGBT people. One way to begin is by supporting the work of organizations like The LGBT Center of Los Angeles and SAGE (Services and Advocacy for LGBT Elders), both of which are providing direct services to our elders as well as expanding awareness of the needs and sensitivities of older LGBT adults within the broader senior services providers. Or just make the time to engage one another in relationships of mutual support. Expand your view of family, and consider the needs of those around you and ask how you can provide support. If we all work together, we can secure a better life and a better future for generations of LGBT people.