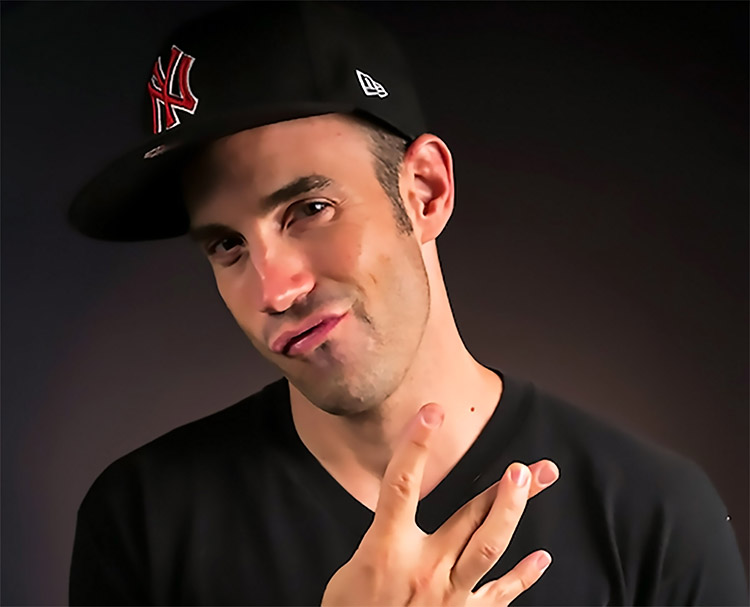 In the most recent salvo in their campaign against the HIV prevention strategy PrEP (Pre-Exposure Prophylaxis), the AIDS Healthcare Foundation has filed a formal complaint against Gilead Sciences—makers of the only medication currently approved for use as PrEP.

In a letter to Dr. Stephen Ostroff, acting Commissioner of the U.S. Food and Drug administration, AHF CEO Michael Weinstein called on the FDA to sanction Gilead for it’s role in funding a PrEP-awareness PSA featuring adult film actor JD Phoenix, claiming the video promotes “off-label,” situational use of the PrEP as a “party drug.”

In the complaint, Weinstein claims the PSA misleadingly implies that “Truvada can be effectively used exclusively on a situational basis to prevent HIV infection on occasions when an individual decides to engage in sexual activity.” Before going on to claim “Despite the clear indication that Truvada be used in conjunction with condoms, the ad is entirely and irresponsibly silent in this regard.”

The complaint goes on to accuse the campaign of going “even further than promoting off-label usage of Truvada and essentially promotes illicit drug use as part of an “I Like to Party” lifestyle. At one point, one of the ads clearly shows the primary actor reaching for recreational drugs as he leaves his home for an evening of “partying.”

The “primary actor” is of course, JD Phoenix.

Shults calls the choice to cast Phoenix in the campaign “very purposeful.”

“In this particular case we are using social learning theory, which essentially says: through observational learning a model can bring forth new ways of thinking and behaving.”

“JD in this case is ‘the model.’ He is both a star and a young man who admittedly enjoys partying. He seemed the perfect model for reaching out to a target population who may be using substances—whether that’s crystal meth, cocaine, or simply alcohol. In this case ‘partying’ is a catch-all term for people coping, using drugs and alcohol.”

“I’m sort of hearing myself as I say this and it’s interesting to hear myself refer to gay men as using drugs and alcohol to cope, whereas if we were talking about the young men on Jersey Shore, or any 20-something straight man whose sole purpose in life seems to be getting laid…”

“Very typically young men do like to party. As such they expose themselves to greater risk—of drunk driving, or you name it—in this case we are talking about HIV.”

“So what we’re trying to do is use a model that the target population can relate to so that we can communicate—without judgement—that people who admittedly like to party are capable of adhering to a regimen. That’s one of the biggest criticisms we’ve heard against PrEP—that “these partiers” won’t be able to manage taking a pill every day.

“That’s why JD at the very beginning of the video—along with a condom and some keys—grabs a small packet of pills. In that packet is an extra Truvada, so in case he finds himself sleeping out—over at someone’s house or he finds himself at a party for a couple days, who knows?—at least he has his pills.

“We are modeling a way that young men who party can adhere to this regimen. It’s not rocket science.

“Weinstein’s accusations just clearly have no basis in reality.”

Though, that’s not to say Shults doesn’t see methamphetamine as a dire threat to the health of men who have sex with men, and a driver of HIV infection.

“I think it’s paramount that we find some way to address this issue. I’ve been in HIV prevention for a long time and I don’t see nearly enough being done about this problem … but I don’t think our efforts to expose this population to [PrEP] are standing in the way of those efforts. Nor do i feel our piece glamorizes drug use. It is always challenging when marketing to trigger the salience meters of the target population without looking like we’re pandering or condoning or whatnot.”

“Now, we’re not selling a product—we’re not trying to get people to buy some piece of plastic shit they don’t need—we’re trying to inform people about a life-saving innovation. What I think was really smart about what we’ve done is we chose JD to do that, who is very vocal about his own struggle with crystal meth. This is not a man who would ever promote or condone the use of crystal methamphetamine It’s very clear that it’s something he’s struggled with for many years. It was very purposeful to use JD in this setting, because this is a person who is very ambivalent about his own relationship to the pornography industry, HIV, and drugs—and therefore promotes critical thinking and discourse about this issue, and allow the target population to determine whether or not this is something that feels right to them.”

“I don’t see what Weinstein is doing about the crystal meth problem. I would love to see him addressing it in some meaningful way, but all i really see him doing is shaming and finger wagging.”

AHF did not respond to requests for comment by the time of publication.