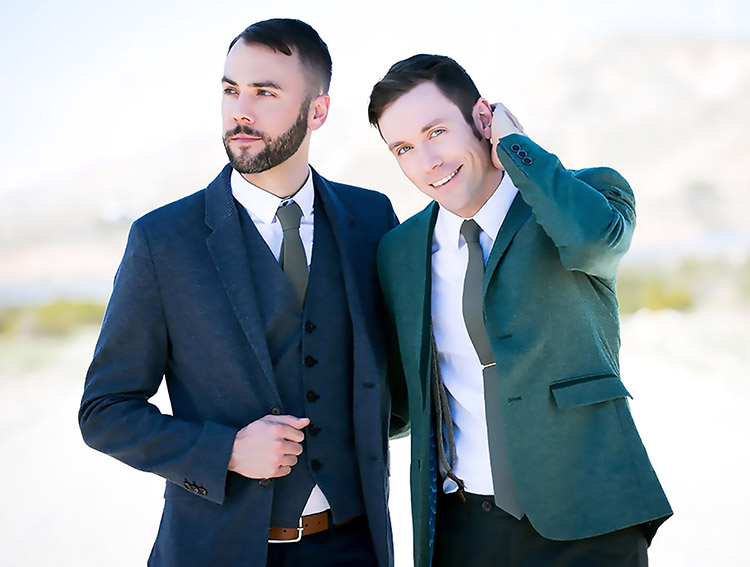 Actor and filmmaker Kit Williamson is overjoyed to announce his wedding to longtime partner John Halbach, but has expressed disappointment in the antigay “Protecting Freedom of Conscience from Government Discrimination Act” (also known as HB 1523) that passed the senate last month in his home state of Mississippi.

House Bill 1523 would allow clerks to deny same-sex marriage licenses to gay couples because of their religious beliefs and not face any repercussions. It would also allow private businesses and faith-based organizations to refuse services based on those same beliefs without retribution.

I can think of nothing more traumatizing than having the happiest day of your life tainted with bigotry. It saddens me to think that it’s now legal to treat gay couples in Mississippi like second-class citizens.”

“Planning the wedding, I was struck by just how vulnerable you are. You have to rely on so many vendors and government employees and you may not know any of them personally,” says Williamson. “I wouldn’t want to buy a cake from a bigot anyway, but I can think of nothing more traumatizing than having the happiest day of your life tainted with bigotry. It saddens me to think that it’s now legal to treat gay couples in Mississippi like second-class citizens.”

Kit Williamson is best known for playing the role of Ed Gifford on the final two seasons of Mad Men and for EastSiders, an LGBT web series he created and stars in that, just this Friday, received two Daytime Emmy nominations, including one for Outstanding Daytime Digital Drama Series, and is now available on Vimeo On Demand.

On February 27, he married his longtime partner, actor John Halbach, in an intimate ceremony at Keys View in Joshua Tree National Park, overlooking the San Jacinto Mountains and the Salton Sea, followed by a reception at a private home in Palm Springs, California. It was attended by Constance Wu from the ABC comedy Fresh Off the Boat, Stephen Guarino from the ABC comedy Happy Endings and the upcoming Showtime comedy I’m Dying Up Here, Brea Grant from the NBC series Heroes, young adult novelist Brittany Cavallaro, Out100 honoree actor Ben Baur and more.

“It is my sincere hope for any couple in Mississippi, gay or straight, that they will be treated with respect and kindness by everyone they encounter on the road to the altar,” Williamson says, “because a wedding should be a day filled with love, not hate.”