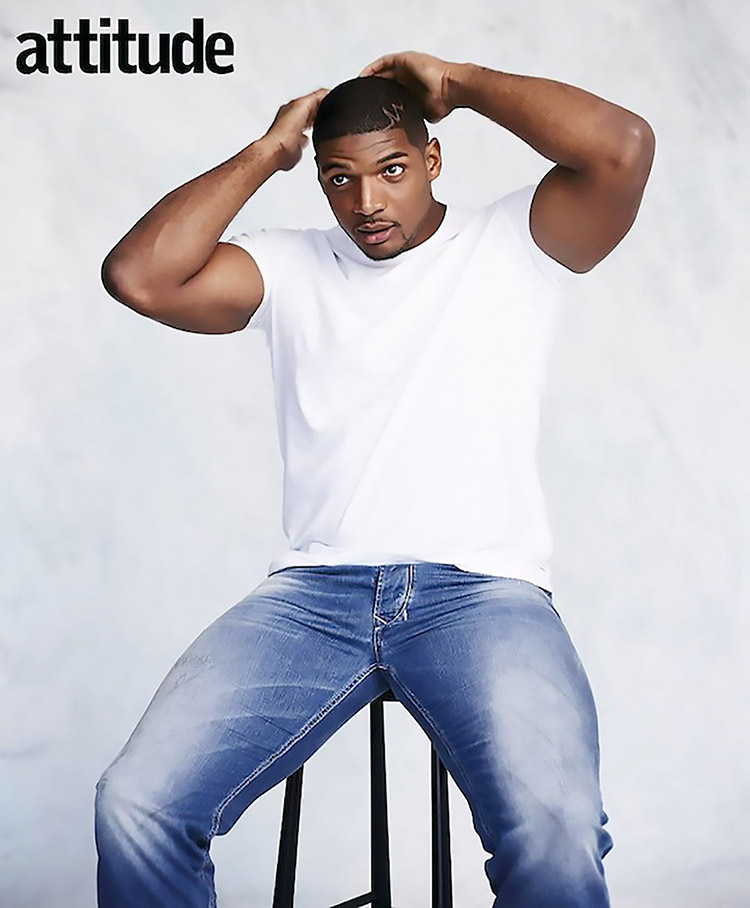 Michael Sam on confronting racism from within the gay community and how a frenzy of media interest changed his life.

Michael Sam might have faced a backlash from middle America when he came out to a frenzy of media interest in 2014, but in the latest issue of  the U.K based magazine Attitude the football star reveals how shocked he was to be confronted with racism from within the gay community itself after taking the plunge publicly.

The 26-year-old features across an exclusive 10-page spread in Attitude’s May Issue, in which he discusses everything from his experience growing up gay as a Jehovah’s Witness to the racism he’s been subjected to on social media from other gay men.

“I will say this, since I came out, I did not realize how much racism there actually is in the gay community,” he tells Attitude.

It baffles me how screwed up society is. Because where I’m from. we don’t judge a person by the color of their skin, we judge them by the character of their heart.

There are a lot of people whose hearts are cold and that’s sad.”

Sam said that in his experience the black community is generally more accepting of his homosexuality, and that his most vocal critics have members of the religious community.

“People tell me they have family members who are gay and it doesn’t freak them out, and no black person ever freaked out at me, ‘Oh, you’re gay.’ None.”

Looking back at his coming out journey, Sam says that he has no regrets.

“I was so naive when I came out. I wasn’t thinking about anybody else trying to be an inspiration or advocate or activist, whatever, I wasn’t trying to be anything but just to get that over with so I could stop focusing on me.

“Then I started reading things that was going around, from people: emails, letters, Tweets, messages, everything – they were more positive than negative. ‘People said oh my god I just can’t believe you had the courage to do that’. I said, ‘I’m just living my life.’”

Check out Sam’s full shoot and interview in the new issue of Attitude, available to download now at pocketmags.com/attitude.