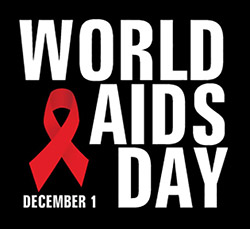 The City of West Hollywood recognized World AIDS Day this month with several events, including the World AIDS Day Candlelight Vigil which was co-presented by the Alliance for Housing and Healing, AIDS/LifeCycle, AIDS Project Los Angeles, Being Alive, West Hollywood Cheerleaders, The Thrive Tribe, and The Life Group LA. The City once again had a broadcast of AIDSWatch—a 24-hour electronic art piece and memorial on WeHo TV. The Paul Starke Warrior Awards were given to individuals who provide service to people living with HIV/AIDS. The NAMES Project AIDS Memorial Quilt was also on display at West Hollywood City Hall. 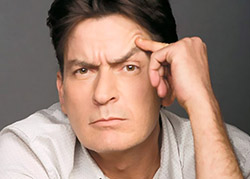 In response to last month’s Today Show interview in which Charlie Sheen said he is HIV-positive, Los Angeles LGBT Center Director of Health and Mental Health Services Chris Brown said: “We must end the shame that causes people to conceal the fact that they’re HIV-positive.  Thirty-four years into the epidemic, treatments for HIV have advanced considerably, but perceptions regarding people who are positive haven’t. So it’s no surprise, yet still very sad, to learn that even someone as privileged as Charlie Sheen felt the need to hide his status for years.”

“… Much of the reaction and media reports before and after Sheen’s announcement reveal how much people still have to learn about HIV.” 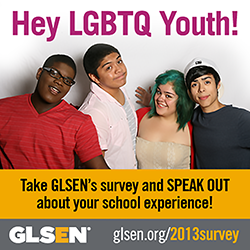 San Diego Pride, San Diego LGBT Community Center, The Trevor Project—San Diego, PFLAG San Diego County, and GLSEN San Diego County have come together to create the Speak OUT About School: Student Essay Contest, where junior high and high school LGBTQ students within San Diego Unified School District are being encouraged to write a 500 word or less essay about their experience within the local school system. The contest was created to open dialogues and encourage diversity and inclusivity across the county, starting with the city’s youth. 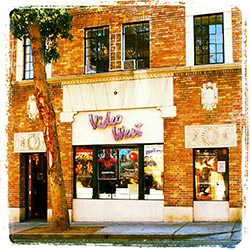 Some West Hollywood residents were sad to learn of the closing of West Hollywood’s oldest and only video rental store, which has been open since 1984. Other residents had no idea and could not believe the video store was still open.

WEHOville reports that Video West, located on 805 Larrabee Street, could not compete with the digital world where videos can be streamed on the Internet through services such as Hulu and Netflix.  Claudia Flores, the owner of Video West has not confirmed a closing date. 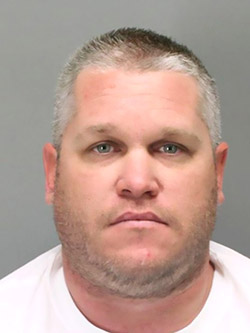 Keith Terranova, 35, was arrested last month for his part in what police are calling a hate crime after gay activist George Zander and his husband were attacked in the gay district of Palm Springs on South Calle Encilia, between Arenas Road and Tahquitz Canyon Way.

The couple was leaving a nightclub, when they were assaulted on November 1. George Zander suffered a leg injury that required surgery while Chris Zander suffered a head injury after being hit over the head with a bottle.

Terranova is being held on suspicion of the felony crimes of elder abuse, battery with serious injury, assault with a deadly weapon, and committing a hate crime. Police are looking for a second make suspect in the attack. 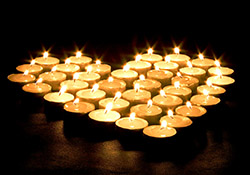 On Friday, November 20, the city held its annual Transgender Day of Remembrance event at the auto court of the West Hollywood Library. Hosted by the city’s Transgender Advisory Board, the event included speakers from the community and city representatives. The event is known for the reading of names of transgender people who have passed due to transgender hate crimes, followed by a candlelight march. Transgender Day of Remembrance is observed all across the world and serves to honor and memorialize those who have lost their lives because of anti-transgender hatred and prejudice. It also helps to raise public awareness about ongoing hate crimes against the trans community. n