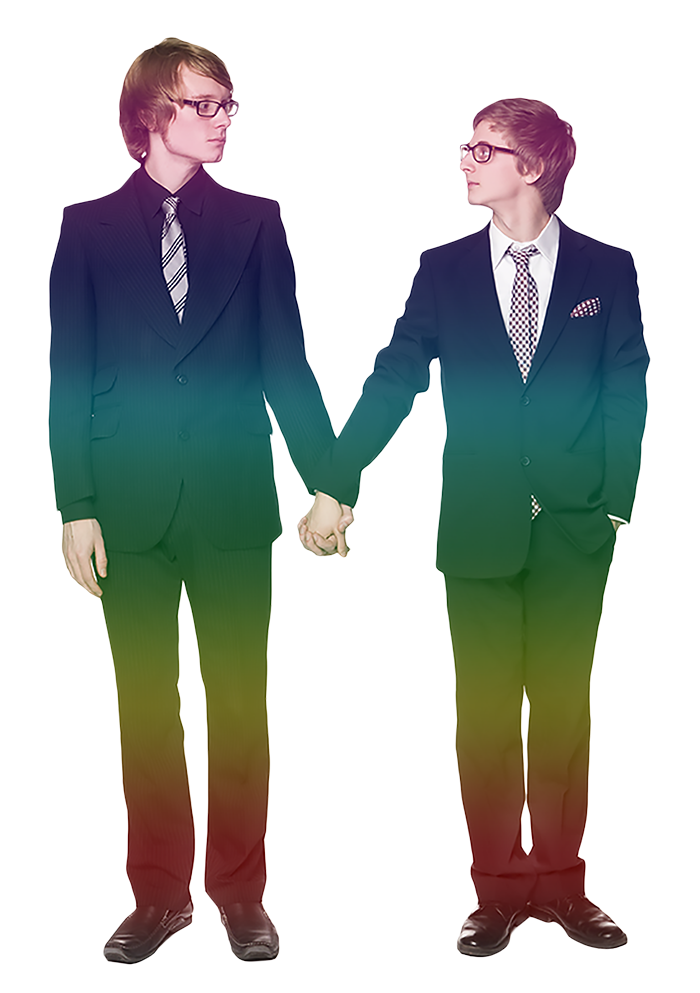 I WANNA HOLD YOUR HAND

Yay for marriage equality—just don’t touch each other. Thanks!

In 2015, I don’t feel okay about holding my boyfriend’s hand.

When I was a kid, Queer as Folk was on TV. As a teen I binged on Will and Grace. Gay characters were all over soaps, queer celebrities graced the tabloid pages, and even my sex education teacher discussed the, let’s say practicalities, of being homosexual. I didn’t know any gay people when I was a kid, but I also didn’t live in a world that ignored them. Things were far from perfect, but the world was changing and when I came out at 13, it was turbulent but at least within a society where gay people were gaining ground on the fight for acceptance.

Many gay men and women in their 20s benefit from the incredible privilege of being part of what is really the first generation of gay people who have been able to live a full, authentic life for all of their adult years. Of course many others are yet to benefit from that privilege, and it’s circumstantial that I am able to count myself as one of the privileged few, yet the privilege exists. However, even as part of that fortunate group, there are limitations to the freedom we are afforded if we want to feel comfortable and stay safe.

I have a long-term boyfriend who I live with and share my life with, yet I don’t hold his hand. It isn’t overly simplified or dramatic to say fear stops us being affectionate with those we love when we are around unfamiliar people. Society still attaches a stigma to homosexual relationships, and that stigma ensures many gay people feel fearful of the unknown, the unknown being how others will react.

Compared to the way gay men and women were treated in the past, it might appear trivial, but for gay people to really be equal, we have to be in relationships which don’t carry shame or incite fear. If I were to hold my boyfriend’s hand in public, people would stare at us. They’d try not to, but they would. If I did it in the wrong part of town, or around the wrong people, the reaction would be a lot worse—not an easy situation to preempt. Equal marriage is a landmark moment in gay rights, but there is work still to be done when it comes to changing attitudes about what a relationship is, and normalizing affection that for straight people is a given.

People won’t always be staring because they are homophobic; often there is that common human habit of curiosity around something unfamiliar. But there is another side, and it’s about how we attach shame to homosexuality—considering gay relationships as not the ideal, and as less-than traditional heterosexual pairings.

If you want a perfect example of how people attach shame to homosexuality, think about every time there has been a hilarious mix up where a straight male character on TV has been assumed gay. Think about the classic joke format of teasing straight men by suggesting they are gay, or sleeping with their best friend. Or the photos posted to Facebook of straight guys miming affection with each other, totally ironic right.

The most telling though, look at the reaction of many, although not all, straight men when they are asked if they are gay. The assumption of homosexuality is taken as an insult, and to be identified as gay is something to defend yourself against. Ultimately, that has to be because there is a latent feeling that to be gay is not a good thing to be, and while it is tolerated in others, it would be a negative in you…

You could analyze the whys forever, and largely it’s of course down to patriarchy telling us the alpha male is king and female is secondary, and societal norms telling us to be gay is to take on female qualities. In the competition to be top of the masculine food chain, gay men will never win. That hetero-normative, patriarchal culture needs to be the next thing to go.

This year, a campaign was launched to normalize the affection of gay people. Holding Hands 4 Equality—www.hh4e.org—challenged people to share photos of themselves holding hands with someone else. They didn’t have to be gay; they just had to be people. I watched it unfold with great interest, and it really stirred something in me. I am not ashamed of being gay, or of my relationship, but I am human and I am nervous of the reaction of others. That campaign is set to continue, and it would be a huge step if it were to succeed. Nobody should be fearful because they love someone—it is 2015, and I wanna hold your hand.