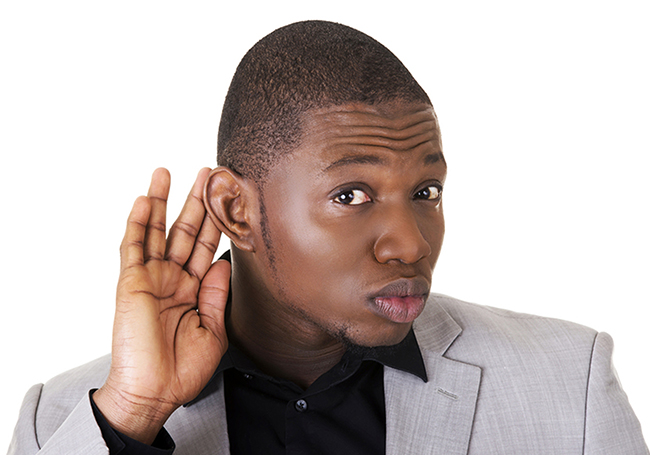 Active listening and how our laws changed in 2014.

Let’s face it, 2014 has been a pretty incredible year for LGBT rights. Nobody could have predicted that burning, long-held fears of the populace would be extinguished so fast. We’re not yet fully equal under the law, but at least now we can see light at the end of the tunnel. We have witnessed some monumental ends of discrimination on LGBT marriage, LGBT blood donating, and even buying LGBT wedding cakes.

Think about it: What has pushed these winds of change? What has changed the behavior of those who once were against LGBT rights? At the heart of it, there is truly only one answer: communication.

People against LGBT rights didn’t think they were wrong. We’ve tried in the past to shut them up or talk over them. And in return, the antis would react and interpret it as a status game where we’re just trying to win.

Yet, once LGBT and non-LGBT alike took the age-old approach of actively communicating, the majority of public opinion changed.

We didn’t shut up. We began to listen. More than that, we began to let the anti-LGBT person we were listening. This is called “active listening.”

A good listener is “non-evaluative.” He or she doesn’t judge or analyze what the anti-LGBT person is saying at first, but focuses on trying to understand their perspective.

Paraphrase: “It sounds as if you’re alright with my partner and I’s relationship. But if I understand correctly, you need me to assure you that you’re concerned about the welfare of your children and society as whole. You’re also concerned about LGBT rights going against your religious beliefs. Have I captured your main points?”

Question: “You mentioned that you believe LGBT rights to be conflict with long-held religious doctrine. Help me understand how you came to this conclusion. Let’s also talk about how we can envision a life where we could co-exist and be more reasonable.

Recognize: “It sounds as if you’re quite upset with some LGBT rights we seek, so much so that you have serious concerns about whether our society will be able to function.”

We’ve begun to employ the same technique FBI hostage negotiators use to de-escalate incidents and save lives. According to Chris Voss, FBI negotiator, if while you’re making your argument, the only time the other side is silent is because they’re thinking about their own argument, they’ve got a voice in their head that’s talking to them. They’re not listening to you. When they’re making their argument to you, you’re thinking about your argument, that’s the voice in your head that’s talking to you. So it’s very much like dealing with a schizophrenic.

Think this is wrong? Well, a recent study suggests otherwise. Last month, the journal Science, using data collected by the Los Angeles LGBT Center, discovered something remarkable. The Center sent pro-gay marriage canvassers to areas of Southern California which had voted overwhelmingly in favor of Proposition 8 (California’s 2008 ballot proposition eliminating the right of same-sex couples to marry). Respondents who had discussed gay marriage with canvassers who were instructed to reveal that they were gay and hoping to get married showed less prejudice towards gay people following their discussions. “Those who discussed same-sex marriage with straight canvassers quickly reverted to their pretreatment baseline opinions, and 90% of the initial treatment effect dissipated a month after the conversation with canvassers.” The sole effort which proved enduring were of the gay canvassers. Moreover, the respondents who spoke to gay canvassers remained just as enlightened nine months later.