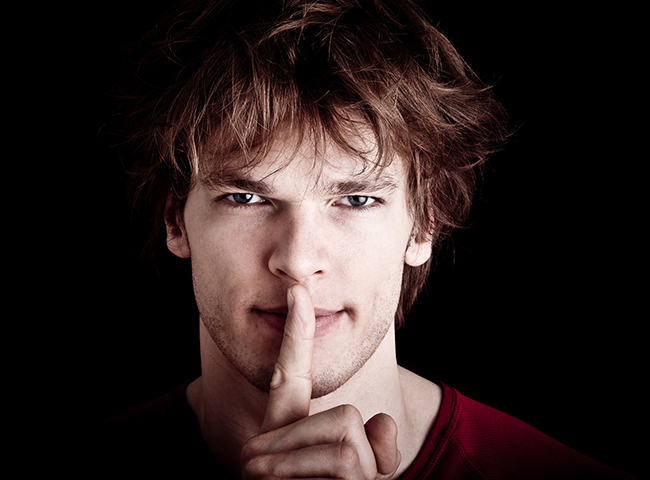 WHEN SILENCE IS NOT GOLDEN

The 5th Amendment: how remaining silent could
be used against you.

Recent court decisions in both the California Supreme Court and United States Supreme Court have radically changed a common perception, or misperception now, regarding a person’s right to remain silent.

On August 14, 2014, the California Supreme Court ruled, in a 4-3 split decision, that a suspect’s silence can be used as evidence of guilt during trial. The underlying case was of a man named Richard Tom. Tom was convicted of vehicular manslaughter and gross negligence after his vehicle broadsided a family’s vehicle. The crash had killed 8-year-old Sydney Ng and seriously injured her 10-year-old sister.

After the collision, Tom was confronted by police and chose to remain silent. However, prior to the police advising Tom of his Miranda rights (right to remain silent, have an attorney present, etc.), Tom hadn’t verbally expressed to police that his condition for silence was for protection from self-incrimination.

The result is now criminal suspects are required to express their right to remain silent in order to preserve it. Now, the burden is shifted to suspects, not police, to invoke their right to refuse questioning prior to advisement of Miranda rights.

It was the United States Supreme Court’s landmark decision in Miranda v. Arizona, which held that “if a person in custody is to be subjected to interrogation, he must first be informed in clear and unequivocal terms that he has the right to remain silent” and that “[t]he warning of the right to remain silent must be accompanied by the explanation that anything said can and will be used against the individual in court.” The decision heavily relied on the U.S. Supreme Court case Salinas v. Texas, in which the Court ruled 5-4 that when a suspect doesn’t answer a particular question during an interrogation, his silence can be used as evidence in court to demonstrate guilt. In that case, the majority also held that a suspect must verbally announce his intention to remain silent for legal protection to apply. Salinas created a national precedent for undermining the right to remain silent.

Now, the closely-decided Tom decision demonstrates a no-win situation for suspects, particularly those who may be ignorant of their rights. Think about it… what are the chances that a suspect—innocent or guilty—would be informed of these outrageous nuances in the right to remain silent? While Mr. Tom may not be the most sympathetic character, the legal precedence for convicting individuals based on silence may have broad-reaching effects on criminal justice.

Tom’s appellate attorney Marc Zilversmit called the ruling “terribly dangerous” because it doesn’t clarify when a person has the right not to speak with police.

“It’s not going to help prosecutors know what to do or the police,” Zilversmit said. “It’s really a nightmare for ordinary citizens.” Tom could have profound implications for the criminal accused throughout California.

Justice Goodwin Liu, in his scathing dissent of Tom, wrote that the court violated “common sense expectations” that remaining silent after being placed under arrest isn’t an obvious assertion of one’s right to remain silent. “Often the best way not to incriminate oneself is to say nothing.” Justice Liu also noted from the prosecutor’s own account, that Tom was striving to avoid incriminating himself by invoking his constitutional right to remain silent. Justice Liu wisely asks how Tom was supposed to actively claim his right as he sat alone in the back of a police car. “To whom and how should he have invoked the Fifth Amendment privilege? Was he required to approach an officer on his own initiative and blurt out, ‘I don’t want to talk?’ “

Tom does not outright destroy the right to remain silent in California, but it requires suspects to have a lawyer’s understanding of when they need to invoke the right and how they are supposed to do so in order to ensure that this right is preserved. Because few suspects are likely to have such a sophisticated understanding of the law, that means that the right will be little more than an illusion for many people trying to invoke it in California’s courts.