FEAR AND LOATHING | The Fight Magazine 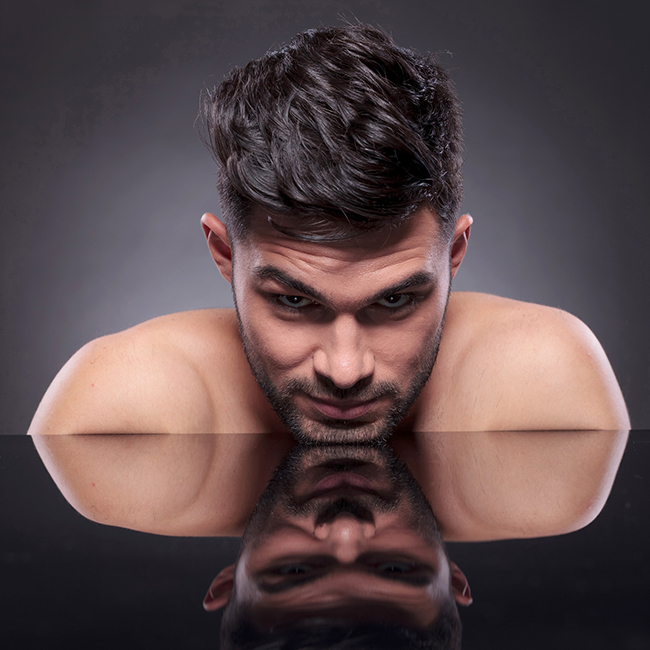 Every time I looked into the eyes of a neg boy and saw a glimmer of genuine interest shining back, the fear bubbled up anew.

Rejection is a universal human experience; no matter who you are, or what circumstances you were born into, at some point you encountered someone who wasn’t picking up what you were putting down.

Like many gay men, I grew up in an environment of generalized rejection. I felt the troubled concern of my parents, the suspicious alienation from my male peers, and the blind hostility of a society which reminded me at every available opportunity that I was immoral, or sick, or just “less than” the other boys. Then we get older and find new and creative reasons to reject each other-for being too hairy, too fem, too old. We love to reject each other so much that we don’t even wait to be approached anymore, walling ourselves off from one another using rejections dressed up as preferences like “masc only” or “no fats, no fems, no [insert race here].”

But none of that holds a candle to the rejection that follows an HIV diagnosis. After seroconverting, rejection became, if not a constant companion, an old friend who might pop by unannounced at any moment. But you never forget your first: mine was a beautiful architecture student I met about a month after being diagnosed.

My friends were barely able to pry the bong out of my hand long enough to get me showered, dressed, and out of the house, and I certainly had no intention of getting into a situation where I’d feel obligated to have a conversation about my brand new virus.

I wasn’t expecting him to ask if I was positive, and definitely not on some WeHo dance floor, but once I answered his question, I knew “checking on his friends” meant he was never coming back. I danced there by myself for fifteen minutes anyway, eyes pressed tight to save my friends from seeing me cry.

On some level I couldn’t help but feel that I deserved the pain I was feeling.

Like everyone else who came out in the mid ‘90s, I had to figure out what that really meant for myself, and like most, I turned to the internet for answers. On one hand, the net was an incredible blessing; it provided the ability to explore and learn about my blossoming gay identity from the relative safety of my desktop, and to communicate and connect with men all over the world was a freedom unparalleled by any cohort of gay men who came before me.

On the other hand, unfortunately, nearly everyone I encountered was either new and clueless as I was, or they were walking-wounded survivors of the Plague Years, seemingly embittered by their loss and struggle, and finally there were refugees, the closeted men who hid from the world and themselves in countless little ways.

In the gay corners of the early internet-AOL chatrooms and later gay.com and Adam4Adam-there were no sage elders willing to induct me into the mysteries of the Cult of Judy or teach me about Stonewall. My encounters instead were usually with closeted bros slightly older than me, and at their feet I found as much disdain for my gayness as I did power in my homosexuality.

Not that I minded, I viewed all the camp, the drag, and the androgyny as relics of a time when gay men were shunned from mainstream society and had to make do with the scraps they found on the outskirts. It didn’t help that the shadow of the Plague Years was cast over everything, in the haunted faces of survivors, the shame-drenched safe sex campaigns, and in every profile: “STD/DDF UB2.”

Of course, since we were all drug and disease free, the heat of the moment was often enough to justify going without condoms. But using protection or not, I would always experience waves of anxiety following the act-a gut wrenching cocktail of shame and fear would often leave me sleepless and sweating for days.

When someone finally had the guts to be up-front with me about his HIV-a beautiful ginger barista at a favorite late-night coffee shop in my hometown-I wasn’t ready. I freaked out, and with that, the hunger in his eyes transformed, replaced in a heartbeat with anguish and hooded betrayal. Of course, he never spoke to me again.

Growing up, I thought that there was nothing worse than getting HIV. In retrospect, this seems like a laughable lack of imagination.

But if there is one immediate upswing to contracting HIV, it’s that you no longer live with that constant gnawing fear of contracting it. Gradually, I began to feel a little fearless.

Shortly thereafter I moved to San Francisco and promptly fell in love. Suddenly, I found myself in a serodiscordant relationship. We loved, fought, and played the way young lovers do.

Ultimately, I have no clue if he contracted HIV from me or one of his other lovers. Part of me likes to think it wasn’t me-we were almost always safe, and if we weren’t I was inevitably the bottom-but at the end of the day, I’ve always felt responsible, and it became my responsibility to ensure no one I loved would ever get HIV again.

After we split up, I found myself once again meeting dudes on the internet, but this time it seemed a more welcoming environment. I still faced rejection, but San Francisco had more than its fair share of handsome HIV-positive men who were honest about their status, and even more who were neg, but unafraid of mine.

But I was still afraid.

Every time I looked into the eyes of a neg boy and saw a glimmer of genuine interest shining back, the fear bubbled up anew.

At some point, I realized I was anticipating the rejection, and the only guys I reached out became those with “poz 4 poz” in their profile.

I don’t have any of the dating apps on my phone; ten minutes with Grindr felt almost exactly like the time I spent in Reno—drunk and hopped up on fairly decent cocaine, playing slots and making friends with the sort of people who play slots in the Biggest Little City in the World at 4 am.

But boredom led me recently to take a peek again, and all the old standards that made me hate gay internet sex culture were still there—slavish devotion to a platonic notion of “masc” that only exists in ads for cigarettes, racism masquerading as “preference,” infinitely varied iterations of bottom shame, and of course, “neg4neg.”

In my absence, however, the online dating scene has become a more interesting place. Now mixed in with the empty ‘sup’s and headless torsos, are satirical profiles, lampooning the headless torsos and vapid dialogue.

This won’t come as news to anyone born before 1981, but AIDS hit the gay community like meteor. It felled our greatest leaders and most inspired visionaries, and robbed us of two generations worth of history, insight, and experience.

In its wake, we learned to fear and mistrust the connection we found in one another. Many of us have even come to view love itself with wary apprehension.

And when the dust cleared, we found our movement in the hands of the conservatives, the assimilationists, and the self-loathing faggots who had always resented the sexual liberation their more well integrated brothers enjoyed.

For the first time in my life, I can see this chapter of shared history coming to a close.

PrEP is not the end of AIDS, but it does mark the end of AIDS stigma. The Truvada Generation will be the first cohort of gays in thirty years to grow and flourish unencumbered by the trauma of the Plague Years.

And with their ascent, we can finally begin to heal.