Words With Friends | The Fight Magazine 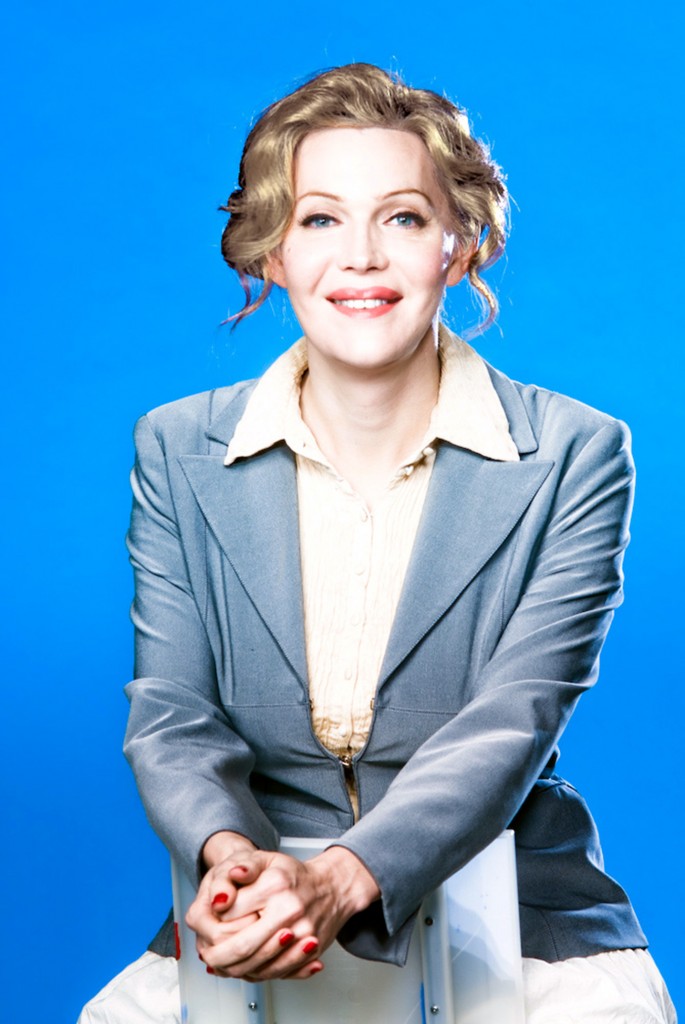 Calpernia Addams on the “T” word, separate communities fighting the same battles and respecting everybody’s right to self-determination and self-identification.

Actress, musician, author and LGBT activist Calpernia Addams grew up in Nashville, Tennessee and served as a Hospital Corpsman with the Navy and United States Marine Corps. During her last year in the military she came out as a transgender woman. In 1999 Addams began dating PFC Barry Winchell. Word of the relationship spread at Winchell’s Army base where he was harassed by fellow soldiers and ultimately murdered.

Addams’ and Winchell’s romance and the crimes of their abusers are depicted in the film “Soldier’s Girl,” released in 2003.

More recently Addams became embroiled in a language controversy after she defended the use of words like “tranny,” and “She-Male” in “RuPaul’s Drag Race” show, even though she admittedly is not a fan of these words. She spoke against language policing and immediately became a target of vicious attacks from trans women in her own community.

In an interview with THE FIGHT, Addams shares her views on the “T” word, its history and proper usage among certain groups in our community and why RuPaul can say it but Kelly Osbourne cannot.

What did you think about RuPaul’s refusal to back down and apologize for referring to himself as a tranny?

I always stand on the side of artists to express themselves and I always stand on the side of people to have the right to choose how they identify. I said a million times at this point that I don’t particularly like or use the words tranny or she-male outside of a discussion like this, but I don’t think those words should be censored as they have a historical place in a lot of different communities. For people to come along and say that others cannot use these words to self-identify, I think is full of hubris. I find it really funny that I have to engage so deeply and fight so hard for words that I don’t particularly like.

Do you think RuPaul is transphobic?

No. No (laughs). The very idea that RuPaul is transphobic is crazy talk. She’s got 30 years of shaping queer culture under her belt. The people who are talking about her being transphobic—if you look at them—are mostly these young privileged white transsexual women—most of whom seem to be lesbian. I don’t know what it is about this demographic, but to see all these young rich white faces oppressing an African American legend of the queer community seems homophobic to me… there may be racism involved. I don’t know, but it’s disgusting to me.

What about when someone like Kelly Osbourne uses the “T” word?

If Kelly and other outsiders are going to pick and choose from what they hear from the community, I think some people will be super offended. Kelly is not trans. But those of us inside the community–we should be free to use them how we want. It’s like the word faggot or dyke. I don’t go around calling my gay friends those words, but most of my friends love those words in the right context when they use them amongst themselves. It’s reclaiming and taking the power back.

What was your reaction to drag bar Tranny Shack changing its name to T-Shack?

I was sad to see it changed, but only because I hate to see Heklina being forced to bow to the pressures from these extremists, but she’s an artist and a business person. I respect her and I respect her making the decision she thought that she needed to make…

In a nutshell: I believe that transgender is an umbrella term that encompasses everyone who is crossing gender lines. That’s the literal meaning of trans and gender. I think of course, drag queens belong under that umbrella, along with transvestites and transsexuals. Like RuPaul said, it’s a small group of people who are trying to control the conversation. Not all transsexual women feel the same.

What kind of criticism have you received for defending drag queens like Ru?

Oh goodness, everything. One writer called me a drag queen on the pages of the advocate.com. There are all the endless crazy tweets and Facebook comments making fun of the murder of my boyfriend. The knives are out in full force. Luckily, there’s not many of them, they’re just very loud.

Do you think there’s a divide between the trans and gay communities-particularly the gay males—that needs to be addressed?

I’ve said in the past before this controversy that gay men often think they understand what it is to be transsexual, but they often really don’t, but I think their hearts have almost always been in the right place, so it’s never been that big of a problem for me. I think some gay men do sort seem to think of transsexual women—as you know—drag queens who have gone that extra mile. When I come across issues like that I try to gently and kindly help them understand that I think of myself as a heterosexual woman who happens to have this aspect in my history, but I think some transwomen aren’t able to react to things like that with the compassion that I have, so you see a lot of anger.

Do you think there’s a divide between trans women and trans men?

We have always been separate communities. I think we get that we’re fighting the same battles and I’ve always felt the love from the trans men community. I haven’t personally seen a lot of sort of cross-pollination between the two communities, but I don’t think it’s out of any animosity. I think that we’re just on these very different paths. I’ve been very fortunate to be close friends with one or two trans men over the span of many years, so I always try to ask questions when I don’t understand something.

What advice do you have for young trans folks who want to police what people say?

I don’t think young people in general are struggling with this as much as some very vocal people on Twitter and Tumbler and Facebook… I suggest that everybody respect everybody’s right to self-determination and self-identification.

Are you tired of speaking about this subject?

Why do you do this? Why not just settle down with a nice man and grow a vegetable garden?

I ask myself why I still bother every day. I have a sweet, sexy boyfriend. He’s a straight guy who’s never dated a transwoman before, who’s never been interactive with the gay community at all. I have great friends. I make music and act and perform. I really don’t need any of this political stuff. I don’t even like the words, so the fact that I’m getting involved obviously shows that I think it’s important. Even at the expense of my comfort and my reputation.