Pride And Prejudice | The Fight Magazine 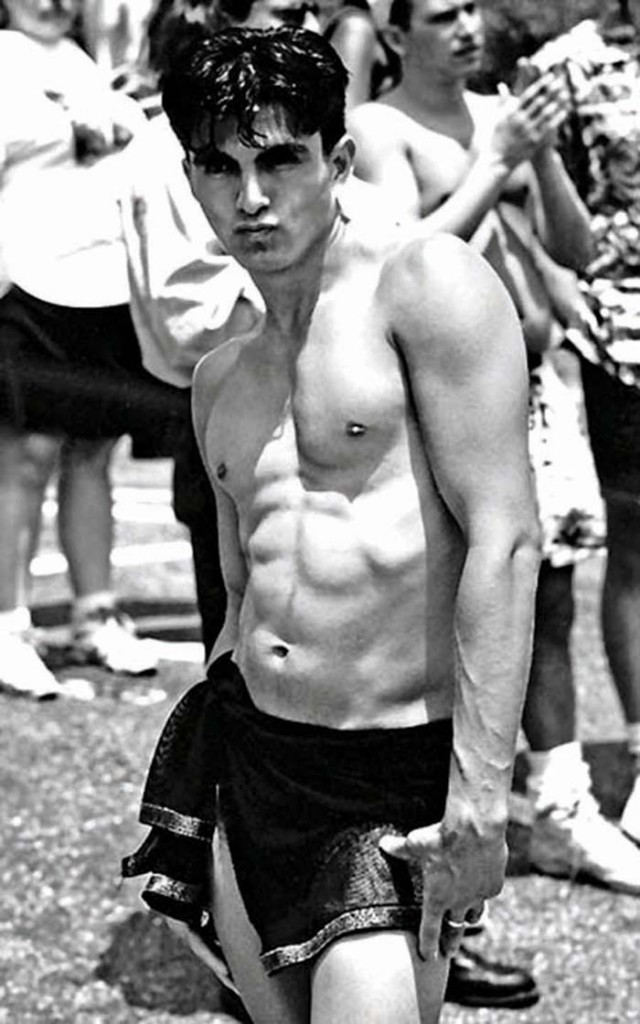 I’m now clean and sober and I can’t help but look at gay pride with a whole new pair of glasses. It is what it is, but it can also be what you make of it.

The year was 1992. My scrawny ass wasn’t fully out of the closet when my gay bestie Fernando (I called him Whorenando) and I braved the 212 RTD bus from downtown Inglewood to the West Hollywood Gateway. You best believe all the Inglewood roughness and the threat of ex-communication from our families would not stop us from our very first LA Pride experience.

Most of the people who knew I was gay at that time were gay themselves, which meant I had to take every precaution necessary so that my parents didn’t spot me prancing around in a crowd full of homos at a gay parade during the channel 34 Spanish news. I was supposed to be at the beach with my clean-cut friends.

Whorenando and I were constantly weary of “bubble trouble,” which was code to run and hide whenever we came near the outing eye of a news camera. Needless to say, photos of my first LA Pride do not exist, which kind of sucks, because I swore I let bitches have it in my tiny white tank top and pin-striped shorts, which was the most naked I had ever been in public during those early years.

The early 90s were political times. I had too much internalized homophobia to partake, but almost every queer I knew wore some form of gay paraphernalia—be it a red ribbon, a pink triangle button or rainbow rings around their necks. It was clear that silence equaled death and Queer Nation and ACT-UP didn’t give a fuck. I remember the “I’m proud of my gay son” signage at the gay parade were far and few, but we still came out and if queens complained about LA Pride weekend it was mostly because mainstream media seemed to be hell bent on capturing us in the worst light.

My first gay LA Pride was terrifying, exciting, and fun, unlike anything I had ever experienced in my small sheltered Inglewood hood life. I’m pretty sure I didn’t give a shit about the grandeur of the floats (or lack thereof) at the parade, how much it cost to put the event together, or where my $10.00 entry fee to the festival was being spent. This was the most openly gay I had ever been among my fellow gays. The men were beautiful (well, some were, anyway), and they were balls out about their gayness (muscle queens wore kilts with nothing underneath). Back then body hair was a curse that had to be removed, and facial hair was like having a hairy vagina growing out of your face (times change). The whole day was so loud and crazy and hot, it made my head spin, even though I hadn’t yet learned to drink. I got home that evening with the worst sunburn ever. You know, on account of being at the beach and all.

By the time the mid-90s rolled around, my mother had long asked me to go out into the world and find my own way after she found out I was gay. That meant no more hiding from camera crews at LA Pride—in fact—I made it a point to try to stand out. One year I walked out in my underwear. Another year, I wore see-through shorts and maybe I took it too far when I stepped out in a yellow towel with a happy licky face in the front. Next to Halloween, Pride was my favorite time of the year.

However, somewhere into the new millennium, pride lost its meaning for me, or better yet, I forgot what Pride meant to that 18-year old Inglewood hood rat who just wanted to spend a day among his own and maybe not feel so alone. I wrote a snarky column in the early to mid-2000s that won me the hard earned title as the gay Queen of Mean (uh, this was waayyy before Perez Hilton called himself the Queen of Media thank-you-very-much). I joined the ranks of jaded homos and wrote columns dismissing LA Pride for the over commercialized parade, lame floats and a pride festival that didn’t offer very much meaning.

Then somewhere along the fuzzy lines, the drugs really kicked in and pride became a big blur. It didn’t matter if it was in San Diego, San Francisco, Seattle, DC, or Vancouver pride—they were all crammed inside a port-a-potty where I did a shit load of blow before I hit the dance floor. Then crystal meth burned my nostrils and everything turned to shit.

Complain as I did about gay pride, I’ve only missed one year in my entire gay career. In 2007, my scrawny ass was in rehab during pride season. This was around the same time when a bald Britney went ballistic, Lindsay and Mel Gibson lost their shit, Amy Winehouse said “No, no, no” and poor Anna Nicole Smith passed herself away. Rehab was all the rage.

I’m now clean and sober and I can’t help but look at gay pride with a whole new pair of glasses. It is what it is, but it can also be what you make of it. We live in a Grindr world full of scruffy girls. There’s always room for improvement but Pride has turned into a question of what we get and not so much what we put out. We demand better floats. We want big name celebrities. We want free shit. And we stomp our feet and pound our fists, but we do it from the sidelines. What’s up with that shit?

Every time I get up against pride, I try to think of that wide-eyed fresh-out-of-the-closet newbie who stepped into West Hollywood for his first LA Pride. That little bitch didn’t give a shit about production value. He was simply happy to be invited to the ball and be out among the gay and proud.