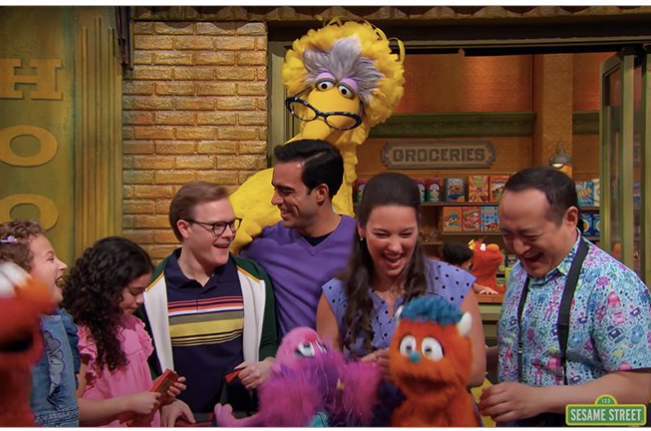 Sesame Street officially has a gay couple on the block – reports The Advocate – and, no, it’s not the domestic duo you’re thinking of (though they’re gay too). Audiences were introduced to Dave, Frank, and their daughter, Mia, in the latest episode of the beloved children’s series, titled “Family Day.”

The episode focused on Big Bird, who’s wishing his grandmother could attend the Family Day party, only to be surprised when it turns out she was there all along, reports The Advocate. It’s pretty adorable. But what made this episode stand out is that some new human characters were also in on the surprise: Dave (Chris Costa, as the brother of Nina, the street’s bike store owner), his husband, Frank (Alex Weisman), and their daughter, Mia (Olivia Perez).