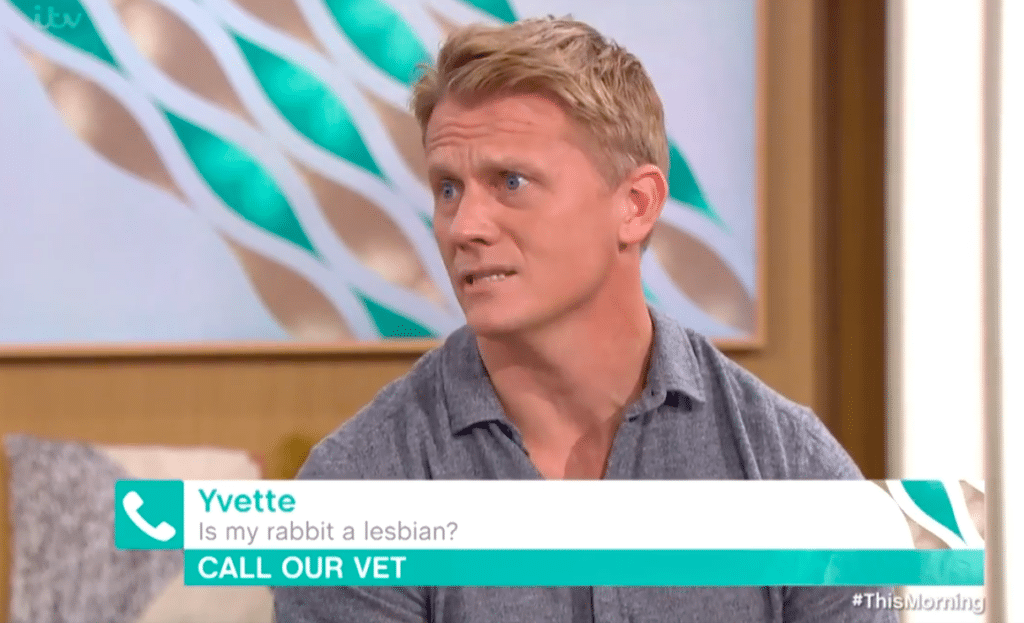 A concerned woman in the UK called in to ask a vet on breakfast show This Morning if her pet rabbit is a lesbian, reports Pink News.

In a segment with vet Dr Scott Miller on Friday, Yvette called up to ask about her Sapphic small mammal.

She said: “This is a little awkward, two girls, two sisters, same litter, little bunnies. I got them when they were about nine or 10 weeks old.”

She explained that the two rabbits, named Hovis and Willow, got into a “huge fight” one day, so Yvette separated them.

“However,” she continued, “now at 21 weeks… Hovis is mounting Willow continually and chasing her round the run.”

Her question to Miller was: “Is my rabbit a lesbian?”

The vet’s response: “A lot of animals can be gay, about 1,500 species of animals are known to show homosexual behaviour so it’s all very, very natural. Love is love.”

However, he explained that Hovis the rabbit is not likely to actually be a lesbian, and that the mounting was more aggressive than sexual.

Frantic pet owner actually asks vet if her rabbit is a lesbian. He styles it out beautifully