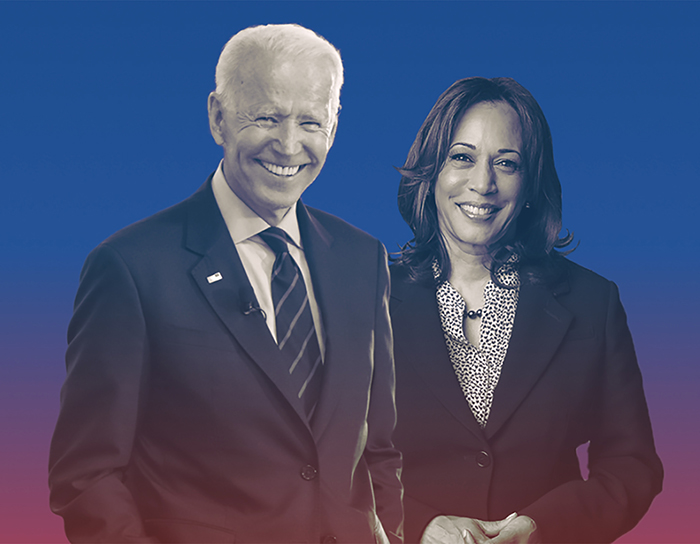 “Exactly four years ago today, like many of you, I watched with trepidation as a new president was sworn into office. I was fearful about what the next four years would be like, concerned not only for the LGBTQ community, but for our nation at large. And yet, as great as my fears and worries were, I never imagined the concerted attack against so many of us that was soon to come. These attacks were levied not only against lesbian, gay, bisexual and transgender people, but were also accompanied by an unprecedented assault on Black people, people of color, indigenous people, immigrants, and women.

“We forged ahead for several years despite those attacks. But there was no way to prepare for what we experienced in the last year: hundreds of thousands dead in our country from the coronavirus pandemic. A historic racial reckoning sparked by brutal violence of law enforcement against Black people. An economy in freefall. And then, in the last two weeks, a violent, right-wing attack against the very heart of our democracy.

“Nonetheless, today, I feel a sense of hope. That hope is fueled in part by the actions of Joe Biden as he sought to reassure us that his new Administration will seek to heal the many wounds we suffered over the last four years. The hope is reinforced by the message sent by his nominations and appointees, the most diverse group of advisors and Cabinet members in history—including what will soon be the first out gay member of the Cabinet and the first transgender person to serve in a Senate-confirmed post.

“Today, as I watched Joe Biden and Kamala Harris sworn in, all of these hopes and expectations filled me with pride and emotion. In spite of all the assaults on our country and our community and all the sadness we have experienced over the last four years, I feel a great sense of optimism. Dedication and fierce devotion to our mission gives me confidence as we fight to build a better world for the LGBTQ community and all people. We will face more difficult days, to be sure, but we go forward together.”