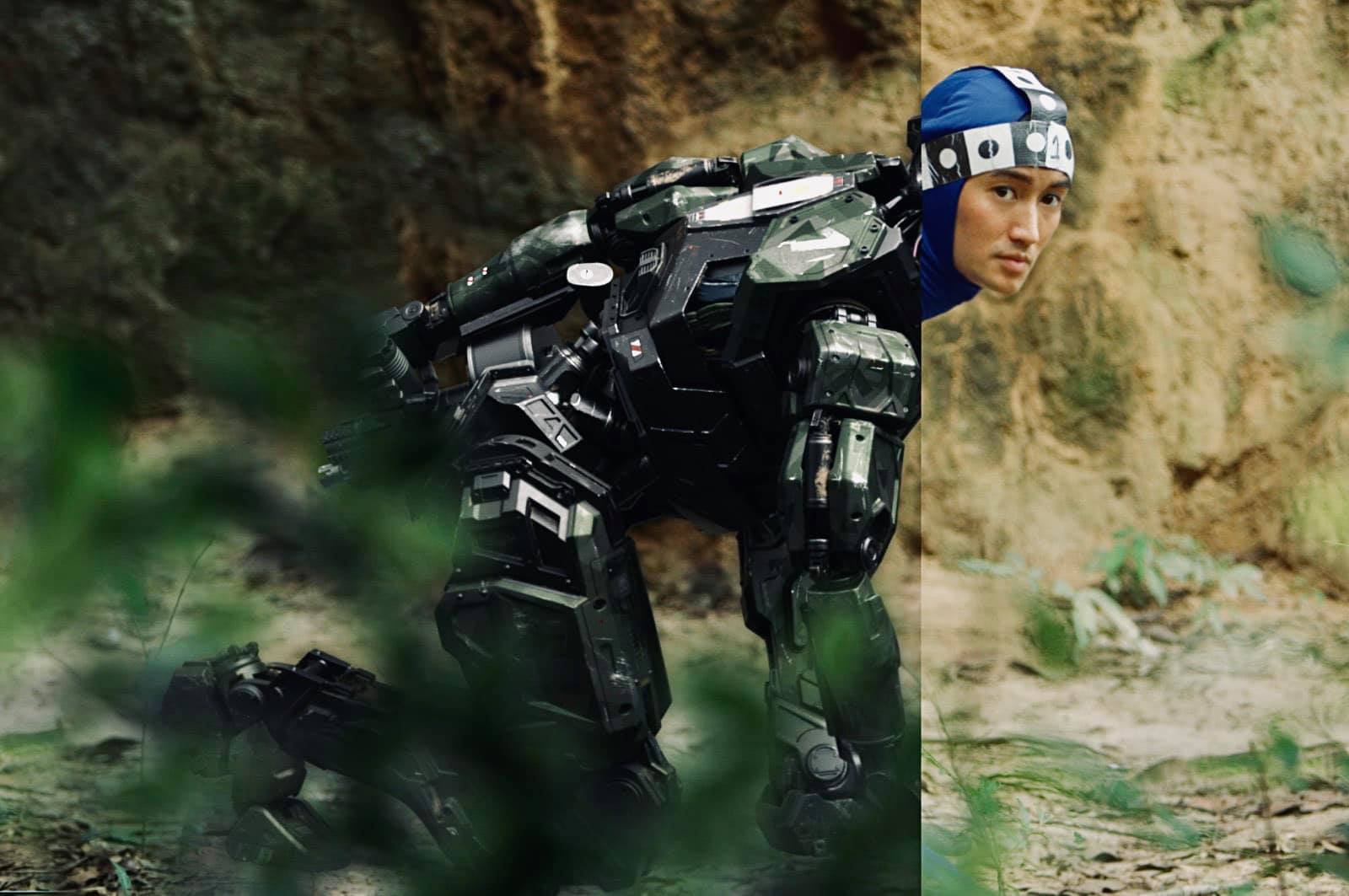 Conrad Pratt in Monsters Of Man

The movie, shot in Cambodia, centers around a group of young American doctors caught in the middle of a secret military robot operation gone haywire. One of those doctors, Hawaiian/Korean-American actor Conrad K. Pratt (Hawaii Five-O, The Wolverine, GLEE, The Real O’Neals) was doing triple duty on set, also performing as the production’s main stuntman and CGI/Mo-Cap artist.

Pratt, a former professional dancer most notable for touring with Ricky Martin, says he relied heavily on his background in dance and movement to bring these killer robots to life,

“There are so many factors that go into creating a character from scratch, which is equally exciting and terrifying to be trusted with. Mark (Toia) shared the renderings of what the robots would look like and that’s all I really had to run with. I remember the night before my first day on set walking around my hotel room like a freaking robot, HA! It was a lot of prep and experimenting but I also credit Mark’s ability to let me explore these characters so freely as robot movements can go cheesy super quick. But because of that freedom, we got some epic robots out of it!”

Having past experience in stunts and Mo-Cap, Pratt jumped at the chance to get (blue) suited up again.

“It’s really remarkable what technology can do these days. The best part of this I will say was suiting up in Mo-Cap again. You get to fully immerse yourself in a world that is your own masterpiece, which can
sometimes scare an actor because we have this artistic need to always be right. But in Mo-Cap, nothing is wrong! It can feel silly at times, I mean I had to yell “BANG BANG!” every time a robot shot a gun. But getting to be a little rough with the actors here and there gave them that uncertainty of what I was actually going to do. Which, in a really sick way, made the role that much more fun!”

When asked about the diversity movement currently happening in Hollywood, Pratt added,

“I’m so stoked to see the direction we’re going in. I’m excited for the stories that feature my LGBTQ+ and BIPOC brothers and sisters, finally getting the spotlight they deserve so that everyone can feel like they belong. As a gay actor of color myself, being able to represent several communities on a project of this scale was an absolute honor and I will continue to be a warrior for the LGBTQ+ and BIPOC communities.”