No Joke: Trump Lobbied S. Dakota Gov To Have His Mug Added To Mount Rushmore! | The Fight Magazine 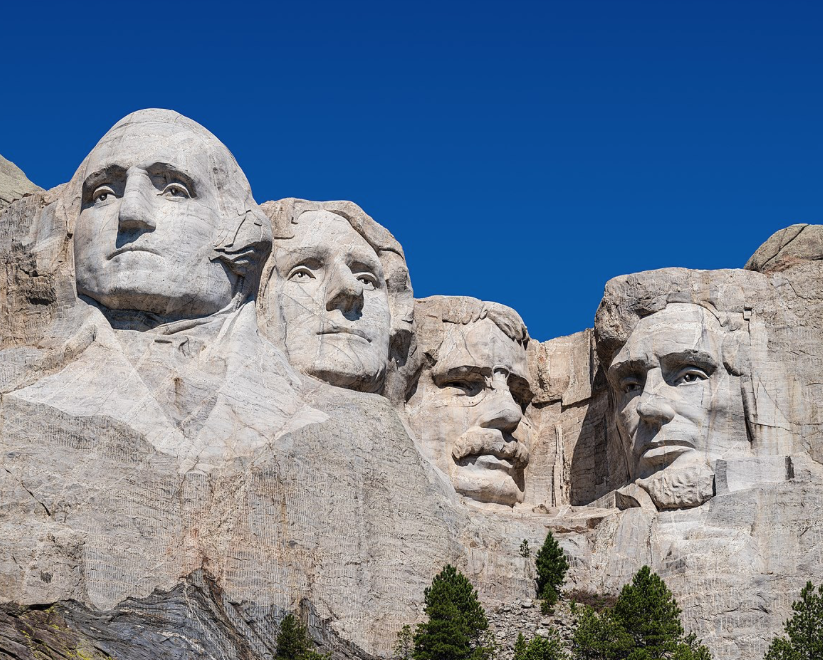 President Trump reportedly lobbied the Governor of South Dakota to have his mug added to Mount Rushmore, which might explain his 4th of July rally at the site, reports TMZ.

Gov. Kristi Noem gifted DT a mini replica of the national monument on July 4th — with his face carved in next to the other iconic four presidents — as a joke-y way to make up for the fact she couldn’t do it for him in real life … this after his aides called her asking about it.

According to the New York Times, Trump had some White House aides ring Kristi and co. up last year about the process of potentially adding a fifth presidential head on the side of Black Elk Peak. The calls from aides came AFTER Trump had told the Gov. himself during a White House visit that it was his “dream” to be featured on the structure … which she laughed at.