Who Is Afraid Of The BIG BAD T? | The Fight Magazine 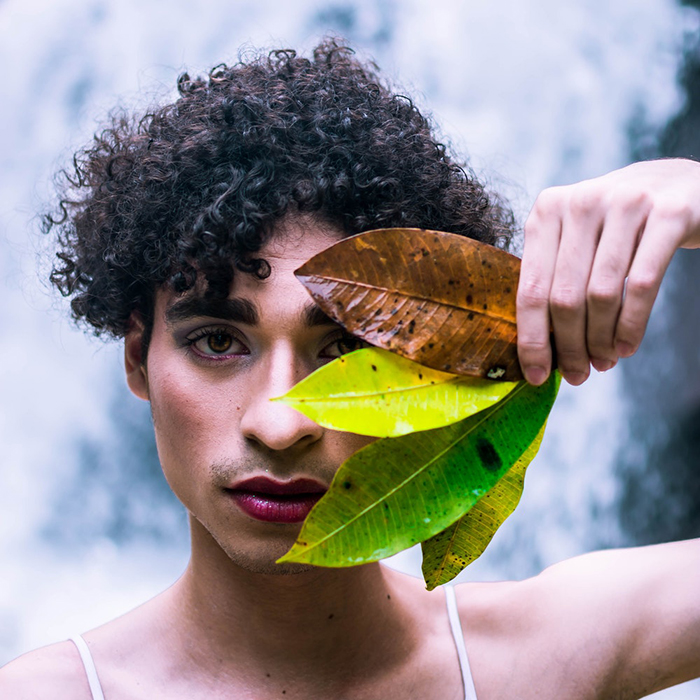 Does adhering to a gender fluid ideology, one which dissolves the boundaries between sex and gender,  undermine the meaning of homosexuality?

Sullivan argues that this move would make gender identity “interchangeable with sex, and abolishing clear biological distinctions between men and women, is actually a threat to lesbian [and gay] identity and even existence.” He says that while “transgender people pose no threat to [lesbians and gay men], and the vast majority of gay men and lesbians wholeheartedly support protections for transgender people,” he  claims that “transgenderist ideology […] is indeed a threat to homosexuality, because it is a threat to biological sex as a concept.”

My knee-jerk reaction to this argument was to angrily dismiss Sullivan’s article as transphobic. How dare this person in a position of privilege divide our community by pitting gay men and lesbians against transgender people? It reeked of the power struggles LGBTQ individuals have faced throughout our community’s history. Since the emergence of a homosexual identity—not to mention other gender and sexual minority identities—cisgender and heterosexual authorities have disparaged, diagnosed, oppressed, and abused anyone who did not conform to dominant  ideas of acceptable gender expression. Inappropriate masculine or feminine behavior was one of the prime indicators used by social scientists and state authorities to identify a criminal or maligned sexuality. A practice that sadly continues to be used in many cultures today. Sullivan’s argument isn’t simply transphobic and patronizing, it is a betrayal to all of us who exist outside of a cis/het reality and who fought to forge our political coalition.

We can do better! We can create our own image of what is acceptable and what isn’t without having to model ourselves on cisgender heterosexuals.

I found myself on a mission to prove Sullivan’s argument wrong. Not only for myself, but to all those members of the LGBTQ community who—like this cis man—seem hell bent on protecting the few rights they’ve been ceded by a patriarchal majority. I wanted to remind them of the many instances queer and transgender activists have stood at the front lines of the LGBTQ movement; tell them about the Compton Cafeteria Riots that preceded Stonewall and remind them that Marsha P. Johnson and Sylvia Rivera (trans women of color) were leading the Stonewall riots in 1969; make them acknowledge the number of times which the LGBTQ rights movement has been willing to drop protections for transgender and gender non-conforming people from anti-discrimination bills like the Sexual Orientation Non-Discrimination Act (SONDA) in New York and the numerous previous iterations of the Equality Act; All these “concessions” were ceded so as to achieve some small legislative win for homosexuals.

“Don’t worry transgender people, you’ll get your turn once we (Gays and Lesbians) win our rights” has been an all too familiar message.

With a bone to chew, I revisited Sullivan’s arguments over and over. I poked holes in his hyperbole and identified his use of slippery slope logical fallacies which  justify his main argument. Just because we open ourselves to the possibly that a young boy playing with Barbies might be trans instead of gay does not mean that all such examples of behavior are categorically indicative of someone being transgender.

But no matter how I approached his final argument—that dissolving the boundaries between gender and sex threatens a homosexual identity as we understand it—I couldn’t disagree with him. If we are defiant that we must define a man by his having a penis, how does someone identify who’s a cis-male, and who loves a trans man? Is this cis-man gay or straight? And why should such a definition rest on us all finding out what’s underneath his partner’s clothes? Does his partner’s genitalia define the cis-man’s identity? According to Sullivan’s definition of a homosexuality—it certainly does.

And so I was forced to surrender to the reality of Sullivan’s argument: That adhering to a gender fluid ideology, one which dissolves the boundaries between sex and gender, actually undermines the meaning of homosexuality. But this fact depends entirely on our current conception of homosexuality vs. heterosexuality.

Our contemporary idea of a homosexual which Sullivan wants to protect is modeled on a strict binary, hetero-majority interpretation of sexuality and romantic relationships. The very purpose of homosexuality’s invention was meant to diagnose individuals who did not conform to normative gender behavior for treatment and persecution. Sorry Sullivan, but the roots of the “homosexual identity” you wish to protect are steeped in Victorian Era oppression and control.

If we examine the history of LGBTQ rights in the US, we can understand the existential fear Sullivan might have when he thinks about losing the homosexual identity in its current form. The success of the LGBTQ legal agenda has largely hinged on an ability to mimic a middle-class white heterosexual reality. By sterilizing our sexuality to fit into a puritanical Protestant model of romantic love and matrimony, the LGBTQ community has effectively shaped its message to say “See! We’re just like ‘normal’ (i.e. cis, straight) people!” Combined with a cultural acceptance fueled by an ability to market and sell a family friendly LGBTQ identity to corporate partners and mainstream media, our homosexual identity has become practically indistinguishable from the hetero-majority. Our ability to gain protections under the law have tracked along with our ability to assimilate. We have bent ourselves into the shape of white hetero couples and signaled to the rest of the LGBTQ community what the model of a well-behaved minority should look like. Sullivan and the Trans-Exclusionary Radical Feminists he aligns himself with intellectually are afraid to risk losing the rights and protections which the cis/het majority have deigned to grant us and are unwilling to push back against an assimilationist agenda.

And so, when Sullivan says, “Trans ideology threatens a homosexual identity,” my response is to say, “so what?” The present understanding of homosexuality was forced on us by an oppressive and fearful majority, and having successfully survived the forges of capitalism and protestant puritanism, homosexuality is now acceptable for consumption by a straight, white, cis, middle class America—gross!

We can do better!

We can create our own image of what is acceptable and what isn’t without having to model ourselves on cisgender heterosexuals. So I say YES to a trans ideology that blurs the distinction between sex and gender. First, as Sullivan points out because it “helps trans people live fuller, less conflicted lives.” And second, it allows us to rethink our identity free from the fetters of our oppressors. Is it irony or poetic justice that our liberation come at the hands of those in our community who continue to face the most oppressive conditions?

Sullivan and his ilk are so adamantly opposed to transgender ideology because they are afraid that the loss of a homosexual identity as we know it would threaten our new found acceptability and require that we spend time and resources rethinking it. Refashioning ourselves and our identity to be unbound by anatomical features (which we don’t even display in public) will take a lot of work. But it’s worth it.

I would say to Sullivan: rather than patronizing our community, try reflecting on why such arguments scare you. Why are you afraid to lose your identity as a homosexual and are you ready to join your community in rethinking ourselves to freedom?